Amidst the abundance of coverage of the 2020 presidential election mixed with an evolving pandemic, here is a news story you may have missed: it’s 2020 and guns are more popular than ever in the U.S. According to data from Small Arms Analytics to date, Americans have purchased nearly 17 million guns in 2020. This is more than any previous year on record. Handgun sales increased by 81 percent and long-gun sales increased by 51 percent. We saw a similar trend in 2016 when 16.6 million guns were sold. This was driven by increased rhetoric calling for strict gun control laws in the wake of several mass shootings.

As psychiatrists and concerned citizens, this data is alarming. We know that the presence of a gun in the home alone increases the risk of suicide. Specifically, owning a handgun is associated with a dramatic increase in suicide risk. Men who owned handguns were eight times more likely to die by a self-inflicted gunshot wound. Women who owned handguns were 35 times more likely to kill themselves with a gun. Access to guns in the home is such a concern for depressed patients that it’s a part of every psychiatric evaluation. Suicide is often an impulsive act and many of those who survive a suicide attempt to regret their actions. Guns permit people to be dangerously impulsive. Lethality of means determines whether a person will survive a suicide attempt. In the United States, where more civilians’ own firearms than any other country, our most lethal means are guns. Suicide attempt by firearm will most likely result in death: an irrevocable and permanent result of the combination of an impulsive decision and a gun.

So, what is this about? Is there an increased interest in hunting that some of us missed? The plain answer is no. Most guns purchased in the U.S. are not intended for hunting; instead, people are purchasing guns for “protection.” The increase in gun sales comes at a point in history of great political and social unrest. Maybe it is unsurprising that people feel an urge to protect themselves and their families. Fear is at an all-time high.

Do you know what else is at an all-time high? Isolation, loneliness, anxiety, and depression. The most well-adjusted people are struggling in 2020. Depressed moods can progress to clinical depression which may include suicidal thoughts as part of the diagnostic criteria. Now, we have a country full of depressed people buying guns. In the mental health field, we are scared. You should be too. The financial, political, and public health uncertainties of today’s world form a perfect substrate for depression, fear, and impulsivity. Adding a gun is not the way to fix it.

We know that gun access provides a substantial risk for suicide. It remains important that we educate our patients about the risk of gun ownership. This is especially important for patients who have a history of depression or other psychiatric disorders. All this could be a potentially dangerous combination of psychopathology, and access to lethal means.

Garrett Rossi and Kristen Mazoki are psychiatry residents who blog at Shrinks in Sneakers.

Does your doctor’s age matter? [PODCAST] 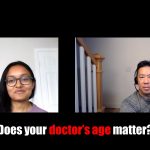 Residents are not disposable. They deserve better.

A record number of guns were sold in 2020: Should we be concerned?
11 comments