The war on drugs

Since President Nixon declared the “war on drugs” nearly half a century ago, the general global response to drug use has been focused on enforcement. Zero tolerance. Since the Nixon years, drug-related incarceration has been on the rise. But has this approach actually worked to stop people from using drugs? The short answer is no. In fact, substance use problems are worsening. According to the Center for Disease Control and Prevention, drug-related overdose rates increased by 9.6% between the years 2016 and 2017.

It is well known that addiction is a health issue, yet it continues to be treated like a crime. The war on drugs is an ineffective approach, and the U.S. government must quickly move to decriminalize personal drug use. In fact, it is a matter of life and death.

Where did the war on drugs come from?

Many of us grew up repeatedly hearing, “don’t do drugs.” The idea that drugs are bad and that drug policies exist to protect us from chemical danger is perhaps an intuitive one. Science may have played a role in shaping enforcement policies, but moral values and public perceptions that drug use is related to a lower social class also influenced our understandings and policies around drugs. Today we know that enforcement-based policies are not based on science.

Portugal and decriminalization of drugs

In Portugal, the punitive, zero-tolerance approach for addressing addiction was not working. Portuguese policymakers looked for another answer. They consulted with academics and medical professionals about the country’s drug problem, who suggested that the government opt for a less stigmatized approach to addiction treatment. So Portugal passed a law making drug use and possession (up to a ten-day supply) an administrative offense rather than a criminal one. Effectively, the Portuguese government decriminalized all drug use and possession, including heroin and cocaine. To be clear, trafficking and selling drugs are still considered to be crimes. However, using drugs is instead met with fines or community service rather than jail time.

Despite political pressures to join the international War on Drugs, Portugal did not. They were the first country to decriminalize all drugs. It was a highly controversial policy at the time, but after decriminalizing all personal drug use, there was a decline in addiction, HIV, and drug-related mortality rates, as well as a relative decline in drug use itself. In other words, by using a polar opposite technique to address substance use problems, Portugal reduced drug use rates, as well as the associated harms and burdens.

Yes and no. In some age groups, drug use went down. This includes the age group of 13 to 18 year olds. This decrease is particularly important because drug use often begins in the teenage years.

On the other hand, small increases in substance use were observed in some adults (including 19 to 24 year olds). Although overall drug use in some age groups increased, this can mostly be accounted for by the increase in hashish use (a drug derived from the cannabis plant), while the use of other substances barely increased. This is important because cannabis is considered much less harmful to self and society than intravenous drugs like heroin or even alcohol.

Harms that go along with drug use have been significantly reduced in Portugal. Particularly, HIV and AIDS cases among IV drug users decreased after decriminalization. Before decriminalization, 50% of HIV cases were related to drug use, whereas seven years after, only 20% of HIV cases were drug use-related. There were fewer overdoses, and crime rates also went down. Portugal, like most countries, has a public prison system. The lower incarceration rates are saving the system money, allowing for the reallocation of these resources.

Though Portugal was the first country to tread these unchartered waters, other countries have benefited from this harm reduction approach. Switzerland has changed its laws to possess small amounts of drugs for personal or shared use was no longer a crime. Instead of focusing on the user, they instead focus on targeting large-scale traffickers. They’ve connected with financial experts to detect abnormal money laundering from the drug trade. Drugs have also been decriminalized in Norway, and cases have been moved from the Justice Sector to the Health Sector.

Should the U.S. decriminalize drugs?

The U.S.’ punitive approach to illicit drug use isn’t working. Rates of prescription opioid overdose in the US increased fivefold between the years 1999 and 2016. Further, rates of maternal opioid use and neonatal abstinence syndrome have been dramatically increasing. The NIH estimates that every fifteen minutes, a baby is born suffering from opioid withdrawal.

We also know that the burden of substance use problems is unequally distributed due to ongoing systemic racism. A study by researchers at the Harvard Law School recently found that Black and Latino defendants in Massachusetts are more likely than their White counterparts to be arrested and convicted of drug-related charges.

Addressing addiction is a complex endeavor that should best support people suffering from substance use problems and society as a whole. Portugal’s decriminalization policies seem to do this pretty well.

Katya Korol is a graduate student. Sarah Fraser is a family physician who can be reached at her self-titled site, Sarah Fraser MD. She is the author of Humanities Emergency. 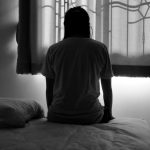