A quick preview of any journal will note a plethora of physician jobs spanning the country. Many of these jobs offer a partnership track and promote a democratic philosophy.

As someone who has worked on both sides of the equation, I wanted to share a few thoughts. You may not agree with all, but here they are, nonetheless.

First, consider your long-range plan. While it’s exciting to contemplate a first job while still in residency or a lateral move after a few years as a new attending, the consequences are not trivial.

I was fortunate to join a democratic group from the start without a “buy-in,” other than working one year with a full load of shifts – 12 x 12 hrs/month. While not uncommon, this single covered facility’s volume was rapidly increasing, and the mechanism to solve this issue was slow in coming and insufficient. I began to look for an out and weighed several options.

The most enticing group was stable, had full administrative support, and was as well equipped as any level II emergency department could be. There was just one clause in the contract that was hard to swallow: lower pay for two full years, despite a full clinical load coupled with administrative and teaching duties.

With a growing young family and a wife-doctor also expanding her career, a future move for us was within the realm of possibility. This weighed heavily on my mind and ultimately led to another choice.

For those who are single or otherwise unencumbered, the freedom to change jobs and move across geographic boundaries can be very enticing. For those with this itch, committing to a partnership track may lead to heartbreak and financial loss. Some positions offer generous benefits, but the golden handcuff clause cannot be ignored.

I learned a painful lesson eight years ago when I left a position in which I thought I’d retire. A multistate corporation took over our small group, and I found the new environment untenable. I felt there was no other option than to resign. About nine months after separating, I received a letter noting that I was forfeiting a not-so-small amount of investment income, as I did not meet the ten-year vesting schedule. In honesty, I had no recollection of signing up for that separate investment plan. I was shy of full vesting by 18 months. Painful as it was, I swallowed hard and moved on. Lesson learned.

While the above may paint a one-sided negative picture of partnership, many colleagues straight out of residency signed on to a partnership track. Eighteen years later, the vast majority of them are still working with these groups.

All, that is, except three – they were fired. Yes, it does happen. That experience jaded all of three, and the repercussions are still palpable today.

Most of my friends and colleagues speak highly of their time working in a large group and enjoy partnership perks. Enhanced income, profit sharing, camaraderie, entrepreneurial activities outside the hospital, and deep ties to the other physicians in the group are definite benefits.

In the end, a great deal of introspection is required. Resist the lure of isolated financial rewards and weigh the likelihood of a move or need to change the hospital or health system of employment. There is no right or wrong answer – but don’t rush into a decision. This is a relationship that will color the rest of your professional life. 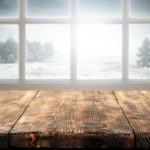 Pay attention to science and medicine, or else you may be the next careless victim