When I was a high school student, my calculus teacher stood eager to use her new electronic board.  She admitted to doing derivatives for fun on the weekends. I admired the way she looked at a complex math problem and solved it with ease. Even more notable was her ability to motivate uninterested high school students to understand and excel in calculus. We were often more interested in homecoming outfits, Friday night football, and state basketball. Our teacher, who could be found at the edge of the field or basketball court, showed us education and popularity could go hand in hand. My interest fizzled after finishing her class, but her passion for education has continued to impact my medical training journey.

I am in my eighth year of medical training. A few weeks ago, I sat in an exam room with a young patient. She sat with fear and anticipation painted on her face. The nurse had warned me she was nervous and had a lot of questions. She had never heard of the human papillomavirus (HPV) before.  She had received a phone call, days prior, notifying her that her routine screening showed her cells were expressing HPV. I explained HPV is a family of small DNA viruses that invade our DNA, altering our cell’s ability to turn on and off. They are sexually transmitted. In fact, HPV is the most common sexually transmitted infection. Unlike chlamydia and gonorrhea, we cannot make it go away with an antibiotic. I explained to my patient that the virus she had acquired at some point was an aggressive form that is known to cause 50% of cervical cancers. I couldn’t bear to tell her that this virus is preventable. I couldn’t bear to tell her she may have been misinformed or not educated at all.

In 2006, the FDA approved a vaccine for HPV. Over the last 14 years, the incidence of cervical cancer has been decreasing. Still, 4,100 women a year will die from cervical cancer. One may ask if we have a vaccine to prevent the virus that causes most cancers and a screen to detect early cancerous changes, how are so many women getting cancer and dying? Skeptics may argue that the vaccine does not work. But like most preventative measures in medicine, it only works when used as directed, 100% of the time. Not everyone has received the full series of the vaccine. Some parents refused, doses are missed, or the one sexual encounter it takes to infect someone with HPV for a lifetime happens before the vaccine is received. How are so many women not complying with the vaccine as directed? Just like my patient, it is likely from a lack of information or misinformation.

Medicine has received a lot of media attention since the SARS-CoV2 virus swept the world. It has brought into focus evidence-based recommendations. Political leaders, including the governor of my home state, have discredited evolving recommendations by arguing they differ from “facts and science.” Nothing can counter the argument of “facts and science” more than novel infectious diseases. The beauty of evidence-based medicine is that it is constantly evolving. There are few “facts.”  We use the information we have collected to guide practice that will most benefit patients. We learn from mistakes, sheer consequence, and successes. We use all the information available and practice accordingly.

State and national leaders have used rapidly changing evidence-based medicine for political gain. There seems to be an evolving distrust in medical providers and highly educated epidemiologists as a result. This distrust fuels the argument that actions such as universal masking, travel restrictions, and gathering restrictions are a threat to the freedom America was founded on. In turn, the virus is running rampant. The key point politicians are missing is that American freedom does not defeat human fragility. Even Benjamin Franklin said, “An ounce of prevention is worth a pound of cure.” As leaders focus on a low death rate (that continues to climb), let us not let large hospital bills, newly acquired renal failure, chronic lung disease, and cardiomyopathies go unnoticed.

My high school teacher had a gift. A gift of capturing the attention of teenagers for a year while we grew to understand the complexity of calculus. While I know I do not have this gift, as I cannot hold my three-year-old’s attention, I do have information.  Information that will not influence my approval rating. Maybe it will even slow a few viral illnesses. Many people won’t live to see what we learn about SARS-CoV2 that causes COVID-19.

Dominique Boudreau Boadwine is an obstretrician-gynecologist.

A tale of two epidemics: COVID and obesity 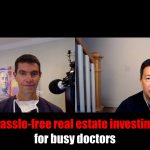