One of the most salient issues in America has always been access to health care. As a medical student, I have seen firsthand the importance of strong health care protections for patients. I believe that the November election result is only a start toward better policies –  a future in which we, as medical trainees, must play an active role in. In recent history, with the passage of the Affordable Care Act, millions of Americans were newly able to access health care. It seemed as if we were in an era where expanded health care coverage was becoming less controversial from a medical outcomes and ethics standpoint, and at worst, break-even from an economic standpoint. However, over the past four years, I have been disturbed to see how Republicans have relentlessly attacked the Affordable Care Act, whether in the Supreme Court or via sponsored legislation and will presumably continue to do so even when Trump leaves office.

In my short time in medical school, I have already seen many patients who end up in the emergency department, require emergency surgeries, or even die because they let medical problems go for too long untreated. A widespread reason is that they do not have access to affordable insurance, which has plagued this country long before Trump. I personally do not think I could, in good conscience, treat someone in the emergency department or perform surgery on them and send them on their way only for that person to be bankrupted by their care.

We might think this is an issue that affects the less fortunate, but one’s health can be tenuous. This summer, I had to undergo an “elective” knee surgery for which I was charged over $30,000 out of pocket. If I had not had the time, resources, and backing of my parents to contest the charge, I would have been ruined. Even so, I had to beg the insurance company later to pay for physical therapy, which they grudgingly granted me a visit at a time.

With this in mind, I have realized that it is impossible to focus only on learning the science of medicine while ignoring the backdrop of the health care landscape I would be practicing in. Even though medical education’s rigorous curriculum does not leave much time to explore other interests, I have tried to keep my experience grounded. Witnessing patients’ struggles with insurance and my own experiences inspired me to get involved with policy research that improves care for patients as well as co-lead a Students for a National Health Program chapter, an organization advocating for single-payer, universal health care.

With the election of Joe Biden and Kamala Harris, I am encouraged and cautiously optimistic. Although it was not as robust a repudiation of Trump and everything he stands for as we could have imagined, Biden’s victory restores a bit of what was lost over the past four years: hope. Now we have the promise of leaders who believe in bringing our country together—leaders with a coherent, science-based vision and strategy to help steer us through the COVID-19 crisis and a progressive agenda for the future.

My peers and I have renewed energy and passion for medicine even in the short time since the election was called. We can dare to dream a future where their care and health care access will not financially ruin patients we treat is viewed as a human right. The American people are also increasingly receptive to change now; they vote in favor of progressive agendas, most recently increasing the minimum wage in Florida and decriminalization of all drugs in Oregon. Medicaid expansion is viewed favorably by most Americans, whether Democrat and Republican. Even the most conservative lawmakers hesitate to touch the ACA because of it. The American College of Physicians (ACP), the second-largest doctor’s group in the country, recently endorsed single-payer health care, as have several state medical associations.

As oathbound as we are to heal patients’ ailments, we also have a moral imperative to heal the broken health care model in this country. We certainly have a long way to go before we get to an equitable system. The private insurance industry’s lobbies and politicians that they bought have levied many obstacles in front of us, both in government and in general public opinion. A good physician is an advocate for the patient and a reformer at heart; that is why it is incumbent upon us as medical trainees to continue to shape the narrative surrounding health care reform and meet private insurance’s counterattacks head-on.

If you agree, I encourage you to organize and lobby in favor of reforms that improve health care access. Second, join county and state-level medical associations and volunteer to hold seminars about health care reform. During this year’s PNHP annual convention, I learned that the highest-yield lever that physicians have to effect change is by influencing other physicians’ opinions. To that end, become knowledgeable about health care reform, whether you personally believe in Medicare (or a similar public option) for all or single-payer universal health care, and inspire grassroots change in the next generation of physicians.

Biden and Harris have lofty plans to expand affordable health care access to all Americans. Now we have to hold them and their administration accountable for the promises they have made us, lest our hope in them be misplaced.

Josh Thariath is a medical student.

5 questions to ask before you hire a financial advisor 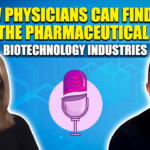