During a typically busy Saturday evening shift in the emergency department (ED), I am summoned to the trauma room for a “tie-down,” an agitated patient needing restraints. I find the entrance choked with police officers and push my way through to see the patient.  Once there, I see a large, young appearing Black man lying on his back, his hands cuffed tightly together on his stomach, a netted hood over his face to stop the possibility of biting or spitting. I bend close enough to him so he can see me and softly tell him my name and ask him his. He looks away, refusing to meet my eyes, tears forming at the corners of his own. Everything about this feels wrong.

For all the decades I have worked as an emergency physician, I have cared for patients who arrive agitated, psychotic, intoxicated on drugs or alcohol, or delirious, risking harm to themselves and others and delaying their diagnostic workups and treatment. Routinely they are treated with chemical sedation, physical restraints, or both, with the intention to remove the physical restraints as quickly as is deemed safe. Neither of these modalities is free from risk, but over the time that I have done this job, the process has been made safer. Each restrained patient has a designated sitter, and vitals and mental status are continuously monitored. Even with careful precautions, however, the use of restraints has the potential for significant harm to the patient. And the experience of being restrained is not only physically dangerous but psychologically damaging as well. It has been our practice to use restraints judiciously but using de-escalation techniques to avoid restraining a patient takes both an experienced provider and a significant time commitment. In the ED, both of these are in short supply, and physical and chemical restraints often seem the most expeditious route to a safe environment.

On this night, however, standing in the trauma room with this patient, I am acutely aware of the potential injustice of restraining him. He is volatile but not out of control. The murder of George Floyd and the Black Lives Matter movement weighs on the room. It is not just because the patient has been yelling at the police to shoot him, but rather it is the fact that he is a young Black man, restrained and surrounded by police. I wonder what justified his being restrained in the first place. Was he doing something that put him or others at a significant risk of injury, or was he simply reacting to the police presence? Is there a bias towards restraining and bringing in agitated Black men just as there is in arresting and imprisoning them?

Restrained patients generally fall into 2 major groups: young men, often under the influence of drugs or alcohol, and older patients who may be suffering from delirium, trauma, or dementia.  Many of the young male patients I see in restraints are Black. Tonight, as the staff waits for my direction, I feel a new discomfort. How can I continue to be complicit in the restraining of people who have been restrained physically, economically, and psychologically for centuries? When I see this man lying on the bed angry, frustrated, and vulnerable, I see a history of Black Americans enslaved, shackled in irons, or running for their lives to get to freedom only to be wrestled to the ground and tied by slave catchers- the southern states first police force.

It is time we change the way we think about agitated patients in the ED.  We need more education and guidance for emergency department personnel who care for these patients. The use of restraints may be necessary for many situations, but we should be approaching each patient with attempts at de-escalation without the use of chemical or physical restraints when possible. I watch this young man and think about what it would feel like to be surrounded by police to fear for your life, to feel the bondage of centuries of repression as your hands are squeezed tight by handcuffs, and you are physically controlled by others. Perhaps I have been complicit all along, but there is time for me to change. 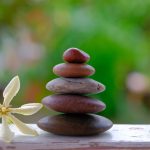