Recently, FIGS – a design-driven medical apparel company – published its latest video advertisement: a young woman in bubblegum pink scrubs struts into view, shaking her FIGS-clad hips for the camera while holding a Medical Terminology for Dummies textbook upside-down. Forget practicing medicine; this woman isn’t fit to drive. The camera pans, emphatically, towards her badge, which reads DO – short for doctor of osteopathic medicine. Ahhh, the viewer is meant to think, that explains it …

For those unfamiliar, the American medical school system has two branches: allopathic (MD) and osteopathic (DO). Osteopathic students undergo the same rigorous training as allopathic students, with additional intensive requirements in wholistic medicine and 200 hours of required training on the musculoskeletal system. Post-graduation, both MD and DO students train and practice side-by-side for the remainder of their careers.

There’s no doubt that the FIGS advertisement was disrespectful, both of women and of osteopathic physicians. However, swearing off FIGS apparel feels like a cop-out. After all, FIGS’ marketing-team was simply playing into a stereotype that the medical field has self-perpetuated for years: this idea that, despite their equally rigorous training, DOs just aren’t as competent as MDs.

As an allopathic medical student, I’ve been guilty of succumbing to the mindset. During my application cycle, I applied to twenty-four MD programs, and zero DO programs. Ironically, a few of the MD programs I applied to had weaker curriculums and residency match lists than the DO schools I didn’t apply too. However, after years of absorbing whispered osteopathy jokes, I felt safer with a weak match-list than with the letters DO stitched, target-like, onto my white coat.

On October 14th, FIGS issued an apology: Donating $100,000 to the American Osteopathic Association (AOA) to support wider inclusion, and pledging to show a more diverse group of medical professionals in future advertisements. Provided that FIGS holds itself accountable, this feels like a strong start.

Despite this, FIGS’ Twitter apology was met with a heated response. Physicians commented, “Too little, too late,” and critiqued FIGS for “buying itself out of a lawsuit from the AOA,” and linked alternative brands for tailored scrubs. This response struck me as dangerously short-sighted: “canceling” FIGS does nothing to address the larger issue, which is a perceived and perpetuated inequity between MDs and DOs. Rather, harping on the advertising misstep draws attention away from the fact that we, as a medical community, haven’t done much better than the FIGS marketing team.

DOs widely describe being discriminated against throughout their careers: they are less likely to match into competitive specialties, are often passed up for hiring opportunities, and describe constantly having to prove their competence to MD colleagues. If we find ourselves wondering exactly how FIGS let a flagrantly offensive advertisement get published, we should also ponder how – despite 150 years of DO education within the U.S. – we’ve failed to correct the systemic discrimination against osteopathic students and physicians. After all, FIGS only had a week to correct its misstep; we’ve had decades. Perhaps we should be thankful for FIGS’ clumsy advertising: this conversation is one that we’ve been putting off, and it’s about a lot more than fashionable scrubs. 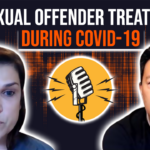