My first—and last—clinical rotation was at a newly built nursing home attached to a community hospital near school. I didn’t have a car on campus, and hitched rides from classmates who were typically commuters with night jobs.

They were a tougher, more sophisticated breed of young women than I was used to in my hometown. They smoked, but their voices still seemed naturally lower-pitched than mine. They never squeaked or stumbled. They could enter a room and immediately improve upon what they found. If patients of any age needed someone to whisk open the blinds with a curmudgeon-proof flourish, that someone wasn’t me.

Looking back, I was never truly enthusiastic about becoming a nurse. I didn’t know what sensation to pursue, nor that feelings were something one should factor into a career. And all I felt was fear.

I remember pleading with the universe for the elevator to get stuck—rather than take that first dreaded step toward the thick white binders at the nurses’ station—while I was still naive to the full definition of anxiety. At nearly 20 years old, it still hadn’t registered that near-constant trembling was a state worth examining. I was nervous. Conscientious. Shy, insecure, awkward. Suffering had been my baseline; I was decades from learning I could change it.

In 1999, I changed my major to English. My career path would be much less straightforward than clinical life may have been; but I could breathe—and eventually earn a paycheck as a writer and editor.

The only thing more terrifying than hearing an octogenarian gentleman howl that I’d hit a bone (during a supervised injection to the correct quadrant of his buttocks) occurred several years later with futile efforts to soothe my colicky newborn. What’s more, I learned that I had a daughter on the way when my son was just four months old. There were tears, tears, and more tears.

The kids seemed so fragile. Opinions about how to care for them seem to pelt me from all directions. It wasn’t until I found myself needing to advocate for them—regarding health care, school, unpopular rules—that I was able to override my anxiety and assert my instincts.

“This must be the pinnacle of stress and high-stakes responsibility,” I thought. With perspective, the notion of helping senior citizens feed themselves and use the bathroom seemed comparatively non-intimidating. Maybe I had grown up enough to try nursing again, not that I wanted to. I was quite content in my serendipitous role as a health care writer.

My children were in preschool when my mom suffered her first stroke. I felt too overwhelmed to even read “How to Manage Aging Parents,” or similar resources. Where were the grownups? Mostly tsk-tsking from the sidelines, as it turned out.

Nonetheless, the day came when my mom temporarily entered my full-time care. She’d refused an aide to help with activities of daily living. The first time I tried to bathe her took nearly all day, and we’re lucky neither of us was hurt. Half of that time was spent getting the temperature just right—somewhere between “freeze-ass cold” and “hot hot hot!” She was sitting on the closed toilet lid while I was helping her get dressed when—bonk—our heads had collided. We dissolved into the kind of uncontrollable laughter that almost had us both on the floor again.

While her nails were still soft from the water, I tried to trim them—nervous about cracking her thickened, yellow toenails. I gently dug out months worth of dirt and lint from between her toes using a Q-tip, trying not to react to the odor.

In some ways, it brought me back to bathing and drying my children when they were little and tucking them into fresh pajamas and clean sheets. My mom needed help from head to toe, which I was happy to provide. I entertained the idea of pursuing an RN again—very briefly.

It’s 2020, and parents everywhere (especially moms) are involuntarily juggling the roles of teacher, guidance counselor, therapist, nurse, coach, cafeteria manager, custodian, amateur IT helper, COVID-19 avenger, and professional, with varying degrees of support. Our hobbies get rotated in with sleep every now and then. We are the kitchen sink of society, collecting all of the slop that nobody else gives a second thought.

That said, I feel less resentful than I do grateful for the wherewithal to even attempt these challenges.

My role today is not glamorous nor necessarily compensated, and success is moving target. I can still feel my 19-year-old stomach bobbing helplessly in that nursing-home elevator. But 21 years and all these caregiving iterations later, I don’t dread the doors to my day rattling open, nor what awaits on the other side.

The importance of rehabilitation in COVID-19 patients

We are suffering from an epidemic of anger 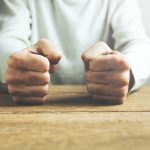