Some time ago, I performed a colonoscopy on a patient who was having serious internal bleeding.  He had already received multiple transfusions since he was admitted to the hospital.  After obtaining informed consent for the procedure, I performed the colon exam.   I encountered blood throughout the entire colon, but saw no definite bleeding site, raising the possibility that the source of blood might be higher up than the colon, such as from the stomach.  I had not considered this possibility when I met the patient, but this was now plausible.  Can I proceed with the upper scope test, which the patient did not consent to, while the patient is still sedated from the colon exam?

Seasoned gastroenterologists can usually predict the site of internal bleeding based on numerous medical facts, but there are times that we are surprised or misled.  Patients don’t always behave according to the textbook presentations we learned.

At this point, which of the following options are most reasonable?

I opted for the latter option.  Ethically, I felt that I was on terra firma as the patient had already consented to a colon exam to evaluate the bleeding.  It seemed absurd that he would have consented for a colonoscopy but withhold consent for a stomach exam that was now deemed essential to pursue the same diagnostic mission.   Moreover, the patient had received multiple transfusions, so there was clearly a medical urgency to identify the bleeding site.

Assuming consent for a subsequent procedure that was not initially anticipated is rational and defensible if the test is clearly in parallel with the medical evaluation, and there is a medical exigency present.  Presuming informed consent, however, is an exceptional event.  Physicians are not permitted to go rogue.

The blood in the colon didn’t come from the colon, as I had wrongly suspected.  It came from a duodenal ulcer just beyond the stomach, which I easily spotted with the stomach scope exam.

This patient didn’t go by the book.  Sometimes, we physicians need to deviate from established policies also. 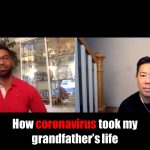 Clinical diagnosis in the age of COVID-19