An ecosystem of inpatient medicine moved at full speed around me as the news came in. It was the fall of my intern year, and my mother’s glioblastoma was back. Just months earlier, I had begun residency as a liability – a brand new, unproven doctor whose parent in another state was in remission from an almost universally fatal disease, one that was now rearing its ugly head. Someone, a senior resident and a friend, noticed the shift in my demeanor.

“Are you OK?” she asked. I told her why I wasn’t. “You should tell the chiefs about this. They can be really helpful in these situations. Also, let your attending know. It’s Thanksgiving week, and you should be home.”

I stared at the black mirror on my phone before finally mustering the courage to text the chiefs and my attending. I was on an elective rotation, meaning I already had the holiday itself and weekend off. My attending replied first.

I thanked him profusely and told him that I owed him big time. I booked my flight home during noon conference, and when I returned to the floor afterward, one of the chiefs was there waiting for me. She intended to speak to my attending about giving me Friday off. No need, I told her.

Later on, I met up with my attending to discuss plans for the consult patients I had seen that morning. When we were done, he told me that he was sorry about my mom and glad I was able to get home. I thanked him again and got up to leave.

“And Jason,” he said with a look of unmistakably fatherly concern, “you don’t owe me anything.”

As fall turned to winter, and I rotated onto an extremely busy service, the trajectory of my mom’s illness became clearer. A right frontal lobectomy was scheduled the week before Christmas. I found out at the end of a particularly busy day. It was the only time I’ve ever wept in the hospital as a resident, after the rest of my team had gone home and down a quiet hallway where nobody could see me. I wanted a few days of coverage so I could go home for the surgery and immediate aftermath, and I let the program leadership know. When I told the same senior resident friend, now my supervising resident in the hospital, she was completely unfazed.

“If I have to manage the service by myself for the rest of the month, I’ll do it.”

The next day, I got a text from an associate program director asking me to call her. When I did, she told me that they had arranged coverage for the next week and a half so I could be home through the holidays. Shocked, I immediately got to work figuring out which unfortunate co-intern would be picking up my slack. I felt a tremendous sense of guilt and thought the very least I could do was explain the circumstances and say thank you. Before I could reach out, my co-intern beat me to it and told me how happy she was to help.

To say that residency saved my life is melodramatic, but it’s not completely untrue. The ensuing months were scary, disappointing, and at times, suffocating. Busy days in the hospitals and clinics were capped with nightly reports of setbacks and suffering from the home front. Challenging goals of care conversations as a physician paled in comparison to those as a family member. The lack of a clear path forward and perpetual unknown regarding the precise horrific manner events would unfold coalesced into pervasive thoughts of fear and distress. At times, alone in my apartment, I became consumed by them. I was so sad all the time. On my worst days, I strongly considered the notion that the only way out might be self-inflicted and definitive.

But then, something crazy happened. My job as a resident physician, classically, and understandably notorious for burning people out, became the most consistently happy part of my life. My residency program became a second family, filled with people I knew had my back through thick and thin, and in whom I knew I could confide on days when my metaphorical sky was falling. I experienced a culture of wellness, and it was so much more than an abstract concept clumsily thrown around in didactic sessions or a box to be checked by periodic, half-baked gestures. Wellness had a face of warmth and arms that embraced me. It had a heart and soul that cared for me as a person beyond my occupational output – from a chief resident later in the spring telling me to “book your flight first and call us second” if anything came up to my continuity clinic attendings handing me a card with money they had pooled to help with travel expenses. At the end of the day, I was still just a young man trying to find my way in the world while also attempting to forgive myself for my shortcomings as a son, brother, and now doctor in the face of a family tragedy. Newly disquieted by the future I had always looked forward to, wellness kept me going. It was everything I needed it to be.

My days as a resident are waning now. The one-year anniversary of my mother’s death approaches, and I miss her every day. The Thanksgiving and Christmas that my residency program got me home for turned out to be her last on this earth. I am still haunted by the fantasy of a “normal” life that may forever elude me. But I am still here, and I still love being a doctor. Somehow, I am not completely broken. And on my best days, I am well. 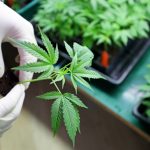 COVID-19 is causing small but growing fractures in our hospitals