During the COVID-19 pandemic, a glaring trend has emerged, one that has long helped forge the American religious cultural landscape, but has now blossomed in full force, particularly within many Christian fundamentalist circles. As a physician who is also an evangelical Christian, I constantly live with the tension of balancing the practice of my faith and the results of sound scientific investigation with the opinions of patients and others within my circle of influence. In what seems like a near-daily eruption of both conspiracy theories and a flood of false information on social media surrounding the pandemic and its effects on social and religious life, the tendency many evangelicals have towards rejecting the value of critical thinking in favor of easily disproved or debunked statements about the pandemic is troubling.

The anti-intellectual tendencies within American fundamental evangelicalism have been noted and discussed for some time now regarding numerous issues from cosmology to climate change, but it seems that the COVID-19 pandemic has highlighted these beliefs even further. In recent months, numerous churches have been critiqued for gathering together prematurely in closed spaces within geographic regions of high viral transmission. Others have rejected the use of masks altogether or made them optional during large indoor gatherings. In late August, a well known conservative Christian pastor in California boldly claimed from the pulpit that “there is no pandemic,” blatantly misconstruing the data to propagate his alternative narrative on the situation. The many thousands in attendance that day relished the opportunity to cheer loudly in response and let off the steam of months of emotional turmoil. Finally! Someone has the nerve to call out that “the emperor has no clothes.”

The roots of this kind of thinking, where science and religion are at odds with each other, are deeply entrenched in the religious subculture of American evangelical fundamentalism at every level of religious life. From the macro-level of conservative Christian institutions, the Christian media conglomerate, and numerous national parachurch organizations, down through the layers of each individual congregation’s sermonic rhetoric, one can discern a pattern: the propagation of the norm that the findings of intellectuals and scholars in their respective fields are to be questioned if they do not conform to a particular traditional interpretation of the Bible.

The precious gifts we have to freely gather together, to practice one’s faith, and to express one’s opinions are enshrined in our constitution for a reason. However, what I perceive as a toxic blend of anti-intellectualism and religious nationalism can breed the idea that the pandemic is anything other than what it actually is, with beliefs ranging from it being the U.S. government’s attempt to take over our lives to a Satanic curse meant to distract people from their religious mission. The hard part about these kinds of beliefs is that there typically is a kernel of truth tucked inside, but unfortunately, that reality is smothered by layers of fear-driven rhetoric that distract us from this truth.

To be fair, there are those within the realms of the Christian church at large who have not been embroiled in COVID controversies. Many are conscientiously and cautiously engaging with the scientific literature and seeking to forge a path that allows for the practice of their faith in a reasonable way. I am grateful for these individuals who are willing to foster conversations that help people develop a mental framework for bringing together reliable scientific findings and deeply held faith convictions.

Stopping the spread of this infection is going to take a coordinated effort at all levels of society and from members of all faith backgrounds. It has been stated that “the scandal of the evangelical mind is that there is not much of an evangelical mind.” If my brothers and sisters in my faith tradition had a more cohesive approach to unity and led the way in “loving thy neighbor” by resisting anti-intellectual tendencies and embracing the results of sound scientific investigation, could we not set an example for those around us and help reverse this stigma?

Rigorous and careful investigation into the “book of nature” is a worthy task and should serve to buttress one’s faith rather than fostering mistrust in our leaders and hostility toward the scientific process, which is rampant right now, particularly within traditionally conservative pockets of American Christianity. 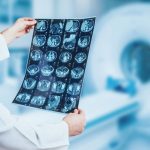 The flu shot is more important this year than ever

Science and faith in the time of COVID-19
3 comments