The third week of September is Mitochondrial Disease Awareness Week: a time to fundraise, light up buildings in green, and hold events that highlight mitochondrial disease research and awareness.

My family has never heard of mitochondrial disease until 2017, when our newborn daughter, Miriam, tragically died from it at seven weeks old. Our family felt a profound sense of loss and tried out best to participate in awareness and fundraising efforts in Miriam’s memory.

We went even further. Knowing how much awareness and publicity is needed, we were able to get in touch with Mayim Bialik, actress, neuroscientist, and a star of The Big Bang Theory, and asked her to record an awareness video for mitochondrial disease. Very kindly, she agreed and recorded the video highlighting the United Mitochondrial Disease Foundation, which was shared and had over a thousand views and hundreds of shares. Congressman Kennedy also shared the video on his own social media page.

I work in a pharmaceutical company, where I do data analysis for clinical trials, and after the death of my daughter, I have switched from vaccines where I previously worked to the rare disease unit. In addition to this work being incredibly interesting and meaningful, I also believed it would help me raise extra awareness and have more opportunities to help professionally with my daughter’s disease. Trying to find further use for my professional experience and knowing that rare disease always has lots of data that needs to be analyzed and not enough funding or resources to do it, I have connected with United Mitochondrial Disease Foundation (UMDF) and offered my experience as a volunteer.

UMDF has asked me to look at the data for their patient registry, which was collected over four years by that point and has never been analyzed by anyone. I have taken that responsibility seriously. I spent many late nights over the next year and a half working hard on the data, on top of my own demanding full-time job and family responsibilities. My work resulted in a paper, “Mitochondrial Disease Community Registry: First look at the data, perspectives from patients and families,” which was published in March 2020 in the Journal of Mitochondrial and Metabolic Medicine. The focus of the paper was a discussion of patients’ experiences and perspectives. The paper also discussed the limitations of the currently collected data and suggestions for improving the registry in order to get more meaningful and accurate data in the future.

I have had several opportunities to present the paper, and feedback from both patients and the medical community was most positive. I was told that this research is very interesting, important, and much needed. I was very honored to be invited to present the paper at the International Conference on Targeting Mitochondria 2020, a conference organized by the World Mitochondrial Society, which is usually held in Berlin, Germany, but will be virtual this year. I look forward to that presentation coming up in October 2020. I have also developed collaborations with other rare disease organizations and have other projects coming up. I was asked to and joined the board of directors of two organizations: the New England Regional Genetics Group and Rare New England. Both of these are meaningful opportunities to connect further with the rare disease community, which I value and appreciate very much.

Yet, my unusual situation of having both personal and professional experience put me into a unique position, which turned out to be challenging at times. I viewed my work on the data and patient registry as giving my professional expertise, which was made stronger by having additional motivation and perspective coming from personal experience. However, I discovered that some of those involved in the mitochondrial disease field saw me as fully a member of the patient community, who’s just doing some volunteering with the data on the side. It was difficult to work collaboratively.

I did not know how common my experience was, however. I found similar thoughts shared in the book, Chasing My Cure by Dr. David Fajgenbaum. Dr. Fajgenbaum got sick with a rare disease, Castleman’s disease, while in medical school. He became very engaged with research and finding a cure to his own disease. Dr. Fajgenbaum wrote in his book, that despite being a medical student and a future doctor, he too was at times told that he should stick to patient advocacy, rather than professional involvement. However, this is not where he saw his role, so he continued often without disclosing that he himself had the disease, even presenting his own case at conferences and describing it as the case of his “patient.”

I, too, had to change my approach. I somewhat drifted away from patient advocacy types of activities, and now, when I talk to someone about my work with patient registries, I either don’t mention the personal connection at all or only mention briefly that I lost a daughter to this disease while focusing on my professional experience and involvement.

As Mitochondrial Disease Awareness Week again approaches this September, it has a different feel to my family than in the past two years. For me personally, I enjoy the current professional and collaborative opportunities that I have and plan to continue on that path giving it my best effort, hard work, perseverance, and integrity. 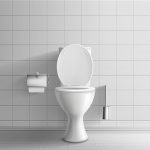 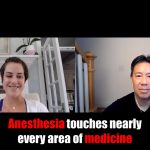