“The only end to pain is the graveyard.”

Those words are etched forever in my mind. They underscore the hopelessness of so many throughout the world. She was 90 years old, crippled by arthritis, no family, and lived alone in a dirt floor hovel with no electricity or running water. She lived in a tiny village of 2000 people in the poorest country in Europe, Moldova. She lived every day without any hope that her life would get better. Her entire life has been one of daily hardships and struggles to survive. She only knew pain-physical and emotional. She had no hope, no joy.

I was leading a short term medical team to Moldova as part of a faith-based organization that sends teams to the poorest and neediest countries in the world. Moldova is in Eastern Europe and was once part of the Soviet Union. It is, though, for historical reasons, viewed by surrounding countries as the “ugly stepchild” of what is now Russia. Multiple factors through the years have contributed to this – oppression under communism, the “Great War” (known to us as World War II), the purges under Stalin and other Soviet leaders, corruption, and finally, the collapse of the Soviet Union resulting in Moldova’s economic and socio-political collapse. Moldova has not recovered, and life there remains hard.

Each day of clinic, I would send a small team to make home visits. On this one particular day, I went with the team. Home visits in developing countries can be both powerfully moving and emotionally heartbreaking. As you go into the homes of the poorest of the poor, you never know what you will see, hear, or experience. More often than not, you leave that home changed by what you just experienced. Such was the case with this woman.

She was thin and frail. Arthritis had crippled her body. She walked slowly, bent over, cane in hand. I sat with her on the concrete steps leading into what was her “home.” Through my interpreter, we spoke of her health issues trying to determine what could be done for her if anything. Her only complaint was the arthritis pain that she lived with constantly. As I was sitting with her, I noticed she was staring into the distance at a cemetery. Then she said these words, “The only end to pain is the graveyard.” As someone who had lived nearly her entire life under communism, she had no belief in God or “anything more” after death. All she knew was the ever-present physical pain from her arthritis and emotional pain from loneliness. Her only hope of ending this pain was death, the graveyard. I remember vividly thinking how terrible it must be to live a life without hope, any hope. That was the only life she knew.

May we take the time to pause during the busyness of the day to reflect upon all we have. Compared to the majority of the world, we truly are fortunate. We do have hope. Most of all, we are privileged to be in a profession that can bring hope to others: physically, emotionally, and even spiritually. Thank you for being “hope-givers” to those in need. In doing so, you are making a difference one life at a time. 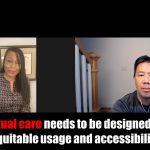 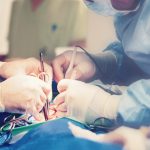