“A lot of times, people don’t know what they want until you show it to them.”
– Steve Jobs

I felt rusty, at least.

It had been forever, seemingly, since I attended patients as an emergency physician.

A couple of years earlier, I’d been sailing along happily in my clinical career when a cancer diagnosis blew in like a hurricane, shredding my sails and dumping me into a sea of medical and surgical misery.

In the months that followed, it was unclear whether I would survive.

But survive I did, thanks to the wizardry of superb doctors — and in no small part to the tenacity of my wife, who left no stone unturned and no medical opinion unchallenged.

On a bright, wintry Tuesday morning more than two years later — ship righted, and sails mostly mended — I tacked my way with trepidation back into the emergency department at Alberta Children’s Hospital: nervous but determined to get back in the mix.

The department was bustling. A team was busy in the code room, resuscitating a critically ill teenager with a perforated appendix. The waiting room was stuffed with kids and worried parents.

My first patient, a three-year-old girl, had a bit of fever and a runny nose. I quickly dispatched her home after dispensing some advice.

I washed my hands, my attention drawn to the exam room across the hall where a mom had just laid her toddler on the bed. Struck by the child’s listlessness, I moved in for a closer look.

She looked ghastly — pale, lethargic, her breathing shallow, her skin hot and dry. Most alarmingly, a cluster of tiny purple dots decorated her neck and arms. I watched as the bedside nurse opened her onesie to listen to her heart and lungs. Dozens of additional purple dots bloomed into view across her chest and abdomen.

The situation was critical. She almost certainly had meningococcemia, a bacterial infection that kills quickly and with ruthless efficiency. Even with immediate and aggressive intervention, those who survive often lose fingers, toes, or entire limbs.

I had been back at work for 11 minutes. But there was no time for “rust.”

I and a team of nurses and respiratory technicians swept into frenzied but coordinated action.

We attached her to a cardiorespiratory monitor, inserted intravenous lines, and injected powerful antibiotics. We infused dopamine, epinephrine, and large volumes of saline to support her blood pressure. After administering sedatives and a paralytic medication, I passed a breathing tube into her little windpipe and secured it in place as an ICU team arrived to whisk her away for ongoing intensive care.

Five days later, she went home, completely recovered. And completely intact: she kept all her fingers and toes.

For me, it was also a big confidence booster. After my long absence, the hard-won skills I had accumulated over long years of training and practice didn’t desert me: it was like riding a bike.

And the case was also a great reminder of why my colleagues and I do the work that we do.

It might seem odd, then, that pediatric emergency physicians would open a virtual clinic. It’s tough to straighten limbs and resuscitate babies remotely, you might say. And you’d be right.

Yet that’s what a group of colleagues and I have done in my region. We’ve launched an after-hours virtual care platform to deliver publicly-funded urgent medical care to the children of Alberta.

Because even in emergency medicine, care by videoconference can be an excellent complement to in-person care.

Children with fever, rashes, vomiting, non-critical injuries, and the like stream into emergency departments and after-hours clinics every evening. Many of those kids absolutely need to be seen in person. But a significant number can be managed before they leave home, by virtual appraisal joined to good advice.

And the beauty of technology means it doesn’t matter if you live in Milk River or Edmonton, Three Hills or Calgary, Driftpile First Nation or Red Deer, or anywhere else across Alberta: even if you’re camping, access to top-notch urgent medical advice is but a keyboard or smartphone away — provided you have an internet connection.

What that means is fewer anxious evening drives to emergency departments with sick children strapped into the back seat — or fewer anxious hours at home wondering whether your child should go to the emergency department. It means less money spent on parking; fewer long hours spent in waiting rooms alongside other sick children; less work missed by bleary-eyed parents exhausted after spending half the night in the ER.

For families, that’s a solid win.

It also means much less expensive delivery of expert medical care. Every child shunted away from an emergency department, or urgent care clinic saves the public treasury hundreds of dollars. That’s another big win.

And — of particular relevance during the COVID pandemic — it means less grouping of sick children in waiting rooms, which translates into less spread of infectious diseases and less sick children. That’s an enormous win.

A few virtual care platforms existed in Canada pre-pandemic, some more established than others. But since the pandemic took root, virtual care offerings have sprouted like weeds across the medical landscape, spurred by the need to limit the spread of COVID-19.

Unfortunately, too many are exactly that: weeds — virtual versions of turnstile clinics that don’t serve anyone well. They hustle patients through at breakneck speed, prescribe antibiotics at the drop of a hat, and make scant effort to ensure continuity and comprehensiveness of care. Their websites might look as shiny as new cars — but there’s mostly junk under the hood. They are the antithesis of what virtual care can and should be; and they’ve blackened the reputation of virtual care in the minds of conscientious physicians and much of the public.

Which is deeply unfortunate, because it can be a tremendous complement to in-person care. That’s why the aforementioned group of pediatric doctors stepped up to deliver expert medical advice to children, and to help to crowd out the weeds.

Virtual care isn’t a new invention. But as physicians, we have the opportunity — the responsibility, actually — to take what exists and to make it better; to build virtual care vehicles that are safe and reliable, and that help to restore the sick and injured to health as efficiently as possible.

Instead, it’s likely to make in-person care even better.

But only if it’s properly delivered. 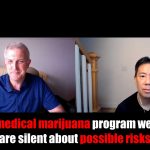