Imagine a future where you wake up, go to the bathroom, pick up a small strip of paper, and put it in a tube with your saliva and saline.  By the time you are done with part of your morning routine, within 15 minutes or so, the paper will tell you if that morning, you are positive for the novel coronavirus or not.

And you can do that randomly on any occasion.  Your employer can do that.  Schools and colleges can do that regularly in a predetermined fashion.

And what if it costs a dollar to do that each time?  I seriously doubt we would be spreading the virus as ubiquitously as we are doing now.

That future can exist today, but with FDA, CDC, and the government’s backing.

Why do we need a fast and cheap at-home test?

My opening paragraph partially answers this question.  Besides that, the CDC currently estimates we are missing 90 percent of infections.  Our current testing methodology and its bottlenecked throughput are surely not helping.  And a large chunk of what we are diagnosing is relatively ineffectual in terms of attempting to contain the pandemic as we don’t know the result for many days.  For many, the point of the test is to be able to quarantine or not, and that is missed vehemently.

How do they work?

Not to be confused with the highly sensitive rapid PCR tests approved earlier this year from Abbott and Cepheid, which can also give results in less than 30 minutes.  PCR testing principle is based on viral RNA amplification and requires laboratory personnel and equipment.  It can also remain positive for a longer duration even after the patient recovers and may not correlate with infectivity per se.

Antigen tests are based on finding the infective antigen, the spike protein responsible for creating a doorway into human cells.  These tests use antigen and antibody binding to give the results.  They are inexpensive to produce, and in most cases, conveniently, saliva can be used as a testing substrate, and usually, no special education is required to conduct such testing.

So they are not very accurate.  Stay with me, though.  Experts believe they will still be significantly better than what we are doing right now.

Antigen tests are less sensitive, often resulting in a negative result when the virus is actually present.  This can happen in the initial phases of infection when the viral titers and, therefore, the antigen protein levels are below the test’s limit of detection.  As the virus counts increase and the infectivity grows due to higher antigen count, these tests become positive.  Consequently, their specificity is much higher, meaning fewer (but not zero) false positives.

It may be what works in our favor.  Viral transmission in COVID-19 is at its peak when the viral load is highest.  Often, that is at the pre-symptomatic phase of infection.  Ergo, these fast antigens tests should detect the infection when it really matters; when the risk of spread is highest.

Currently available PCR tests can work too, but if the results are not back for days, they miss the most infectious period, rendering them mostly futile.  While the accuracy of PCR tests is critical in a hospital setting, analysis and modeling studies have suggested that even a test that is less sensitive (greater than 70 percent) can be enough, if it can be repeated regularly, to mitigate the spread of SARS-CoV2.  Schools and jobs with close proximity working environments such as meat factories can be benefitted the most.

Then why the delay?

The rate-limiting step is the regulatory process.  FDA requires the tests to be close to the analytical sensitivity of the PCR tests, or at least 80 percent, which is in good faith to diagnose COVID-19.  But to diagnose the presence of the virus, and from a public health perspective, a cheap, quick, and repeatable test with a lower sensitivity can make do.

Some fast antigen tests are available and approved.  Quidel and Becton Dickinson recently received FDA approval for rapid testing for recurrent testing in a nursing home or physician office setting as it still requires some laboratory equipment.  Governors of seven states (Maryland, Louisiana, Massachusetts, Michigan, Ohio, Virginia, and North Carolina) have announced a bipartisan agreement to buy such 500,000 fast antigen tests per state for widespread testing expansion for places such as schools, workplaces, and nursing homes.

Another low-cost rapid PCR test, a 2-hour SalivaDirect test, is hoping to get FDA approval soon.  It uses commonly available ingredients in any lab and hence hopefully can be readily scalable for SARS-CoV2 surveillance.

An NIH supported $1.5 billion dollars federal initiative called RADx is helping to develop rapid tests, but the process still requires higher accuracy.  A non-profit organization is also hosting a 6-month competition to develop faster and cheaper tests.  The finalists will be declared in October of 2020.  The pilot phase of test deployment and grand prize winners (totaling $5 million) announcement is slated for January 2021.

Michael Mina, at the Harvard T.H. Chan School of Public Health, reports that small companies such as E25Bio and Sherlock Biosciences can deliver such fast home-tests.  He suggests that if the federal government backs the effort, the manufacturing and application can be achieved at a rapid pace.  Grassroots level support by the population at large can help deliver the knowledge.

America has the highest number of COVID-19 cases than any other country in the world.  We need fast tests (those that can be done frequently by anyone with minimal cost and can give results in a few minutes rather than a few days) for a fast virus (which can spread unchecked at an exponential speed without quarantine due to delays in diagnosis).

And we need them now. 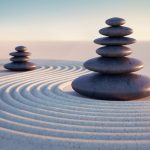 We need rapid tests for a fast virus
1 comments