Earlier this summer, the Trump administration announced new rules that would eliminate asylum eligibility for people arriving from countries where COVID-19 is “prevalent,” even if they are fleeing for their lives. This is the latest in a string of anti-immigrant policies being pushed forward during the pandemic under the guise of public health. As physicians who care for migrants within and outside of the United States, we are gravely concerned. Not only do these policies actually cause harm and threaten lives, but they also weaponize a flawed public health narrative to advance this administration’s xenophobic agenda.

Since the pandemic took hold in the U.S., the Trump administration has introduced multiple policies that restrict immigration and decimate asylum processes. In March, the Centers for Disease Control and Prevention (CDC), an operating agency of the Department of Health and Human Services (HHS), issued an order that directs the closure of land borders to newly arriving migrants, stating that this is necessary to prevent viral transmission. Other policies have severely curtailed worker and student visas (though the latter rule was rescinded in the face of legal challenges from universities.)

In June and July, two sets of asylum rules were introduced that threaten to deport thousands of asylum seekers without due process. The July asylum rules would also bar people if they are essential workers who may “come into contact” with COVD-19 (while helping to support the U.S. pandemic response), or if they contracted the virus while awaiting their hearing, even if transmission occurred inside immigration detention.

The public health rationale for these policies is severely flawed. The U.S. currently has among the highest per capita rates of known COVID-19 in the world — if anything, we are the threat. Under the CDC order, anyone arriving at the borders with “valid travel documents” is still allowed entry (even though clearly, a document cannot confer protection from an infectious virus). Although some have argued that denying entry is necessary to prevent overcrowding and COVID-19 transmission in detention, the routine use of detention is not required and can be modified to ensure cases are handled quickly, and people are released to their family members in the U.S. while they await their court dates. Lastly, the exclusion of essential workers and people previously infected with COVID-19 is unscientific — the standard is to test and care for people who are high risk, not punish them, and those who already recovered pose no infectious risk.

Rather than promote public health, these anti-immigrant policies actively cause harm. Since the borders were shut down, over 40,000 asylum seekers have been expelled. Many have been deported back to the same situations they were fleeing, where they are at risk of assault, kidnapping, rape, and murder.

Those who are denied entry at the land ports, or deported to “third countries” where they lack resources or social supports, may have no alternative but to stay in crowded encampments or shelters where physical distancing is impossible, as we have seen with migrants impacted by the so-called Migrant Protection Protocols, aka “Remain in Mexico” policy. The emotional toll of these challenges amplifies past traumas, leading to extreme functional impairment and suicides.

Inside the U.S., migrants’ family members suffer the emotional toll of separation and fear for their loved ones. The bars on eligibility for essential workers threaten the health of communities served by these workers. Finally, the continuing deportations from within U.S. borders have been exposing migrants to COVID-19 as they travel on crowded planes and spreading the disease throughout the globe.

In addition to the immediate harm caused by expulsions and deportations, the weaponization of a public health narrative to support xenophobic ends also perpetuates racism. This is nothing new.

For centuries, U.S. scientists and physicians have used their “expertise” to claim white superiority, justify enslavement and oppression and pathologize and punish political resistance. The current public health arguments for immigrant exclusion support the white nationalist idea, openly endorsed by many in the current administration, that immigrants, especially immigrants of color, represent a fundamental threat.

To be sure, it is unlikely that all of the scientists and physicians involved in COVID-era immigration policies are directly aware of the racist nature of their policymaking, but the discriminatory impacts and political context surrounding these plans are undeniable.

The current attempts to eviscerate immigration protections, under cover of COVID-19, are exceedingly dangerous.

But we have the opportunity to promote a new public health narrative, one that is based on inclusion, refuge from harm, and community care. We must marshal a powerful criticism of the most recent proposed asylum rules, which are subject to comments in the Federal Register until August 10th.

Many medical marijuana program websites are silent about possible risks 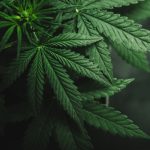