Click through North Dakota’s Division of Medical Marijuana website, past the addresses of every cannabis dispensary in the state, into the presentations and annual reports, and you’ll eventually come to a 32-slide presentation about the state’s medical marijuana program. You’ll see the 26 diseases that can be treated with marijuana, a colorful flowchart showing the types of available marijuana, and a step-by-step process for certifying new users.

And then there will be this: “Incidents involving overdose or adverse reactions are to be reported to the Department.” What kinds of adverse reactions should patients look out for? Incredibly, the website doesn’t say.

Ohio’s website lists 21 diseases that can be treated with marijuana. The website even explains how children can obtain medical marijuana cards. But it says nothing about any possible side effects or risks.

New York State’s medical marijuana website explains everything patients need to get a license. But not one of its 107 “frequently asked questions” addresses side effects or risks.

This is odd because we are talking about a substance that has been given the legal status of medicine by 33 states, plus the District of Columbia. And we all know that medicines come with risks. Indeed, we expect to see those risks listed in clear, comprehensive, and conspicuous ways.

Yet two-thirds of the nation’s medical marijuana program websites — websites that suggest dozens of therapeutic benefits to millions of potential patients — are silent about possible risks.

The failure of states to address the potential risks of medical marijuana consigns many sick and vulnerable people to learning of its hazards through painful firsthand experience.

As a psychiatric physician, I’ve met many patients who have learned the hard way about the harmful effects of marijuana. Most of my patients were shocked to hear that their experiences — panic attacks, psychosis, mood problems, intractable vomiting, addiction — are well-documented risks. Many believed that government approval of marijuana as a medicine meant that it was benign.

Websites aside, packaging is also a problem. Maine doesn’t require any sort of health warning on marijuana packages. Pennsylvania’s only health warning cautions that the product “might impair the ability to drive or operate heavy machinery.” And Minnesota’s required label states that there is “limited information on the side effects.”

I invite states like Minnesota to review the results of clinical studies showing that one in every 14 patients had to withdraw because of side effects from medical marijuana. Or summaries of side effects reported from thousands of cannabis consumers. Or the recent 468-page report from the National Academies of Sciences, Engineering, and Medicine about the health effects of marijuana. Or the results from placebo-controlled clinical trials of marijuana’s main chemical ingredients THC and CBD.

Since THC and CBD are approved by the Food and Drug Administration, their manufacturers are required to disclose risk data. And states should pay attention to those disclosures, in particular because highly-concentrated, pharmaceutical-strength THC and CBD products are widely available under most state medical marijuana programs.

Disclosures based on clinical trial data for THC include: paradoxical nausea or vomiting that could lead to dehydration or electrolyte imbalances; changes in brain excitability that could make it easier for someone to have a seizure; changes of blood pressure or pulse that could negatively impact someone with heart disease; and a host of psychiatric and cognitive side effects that include anxiety, paranoia, and hallucinations.

If the makers of federally regulated THC and CBD are required to disclose this information to the public, why aren’t the states demanding similar advisories?

Despite its risks, there are sound arguments to approve medical marijuana. But states that give marijuana the name and status of medicine have an urgent duty to inform the public about its scientifically credible risks.

“They wouldn’t make it legal if it were bad for you,” said one of my patients.

“How can something that’s good for PTSD cause panic attacks?” asked another.

And this from a patient who incurred thousands of dollars in medical bills dealing with the aftermath of cannabis side effects: “I know there aren’t a lot of us, but there should be warnings about this.”

He was right about the need for warnings. Wrong about the number of people facing these potential risks.

There are roughly 221 million people — including 48 million kids — in states where marijuana has been named a medicine. These include patients who suffer from depression and could see their symptoms worsen. Mothers who could give birth to babies with low birth weights. Children who could face an increased risk of addiction, depression, and suicide.

We must allow our citizens to make informed choices. A page on a website, a label on a box. The platforms exist. It’s time we use them properly. 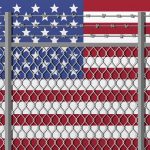 The skill doctors need to have, but haven't been taught