This was the first time that I was unsure of how to respond when a patient cried.  Usually, as a medical student, compassion and understanding helped make up for obvious gaps in our knowledge.  It just comes with the territory.  But this time was different: I could not understand why the patient was crying, because it was a reason I had yet to consider in my short medical journey.

The patient I was sent to round on pre-op, my patient, was a 22-year-old male, and when he first entered our hospital for his cholecystectomy, he was cheerful and very talkative, which helped ease my nerves as a student.  The moment I asked, “How are you feeling?” He became momentarily guarded before having an angry outburst and shouting, “What’s that supposed to mean?”  He must have noticed my genuine confusion because he immediately teared up and began profusely apologizing, explaining that he had never felt comfortable in the operative setting.

Maybe he understood my pure desire to help comfort him, or maybe he just needed someone to talk to, but bit by bit, his story began to unravel.  He told me that he identified as a woman inside a man’s body, but based on his experiences, he was too afraid to ever bring it up.

He told me that during the previous hospital stays for surgery; he had been treated differently, on both extremes:  some providers ignored his struggles as a transgender individual, while others made it painfully obvious that they were doing their best not to walk on eggshells, which only increased the patient’s discomfort.

What was most disconcerting of all was the fact that he told me he felt the most “out of place” in the realm of surgery and anesthesia, two fields which I had never considered discrimination to take place due to less emphasis on patient interaction.  He disclosed that he was on the verge of not even going through with his cholecystectomy, just to avoid judgment from the very people trained to treat him.  This was eye-opening.

He told me that he overheard doctors and nurses alike discussing the nuances of his cases in the past, as they pertained to his transgender identity, within earshot of other patients and families.  Aside from the “confusion” that he claimed he felt he caused by being who he truly was, he said that he was, in fact, “outed” to his family accidentally by health care providers, who inadvertently let this information slip without explicit permission.

He even told me that he was offered a pregnancy test, albeit by another medical student who was probably unsure of how to navigate this interaction; this completely shattered his trust in the medical system.  And who could blame him?  Here he was, feeling out place in a field that was supposed to be non-judgmental, yet was apologizing to me.  Our system had failed him, but had we as providers?

I think the answer is a bit more complex than a simple yes or no; it’s just not that black and white.  I’ve had some terrific physician preceptors and mentors since I started my medical journey, and I can confidently say that the majority of providers want to provide the best care for their patients.  It is easy to paint physicians as villains because of the stigma surrounding medical malpractice, but I think the answer lies in the curriculum itself.

In medical school, our preclinical years are designed to train us in our ability to understand pathophysiology, pharmacology, anatomy, among other things.  Our hospital-based rotations help us place this newfound knowledge into practice on real patients, weaving together a diagnosis from a complex puzzle.  Though humanism is somewhat emphasized, training in the awareness of the problems faced by the LGBTQ community unfortunately initially comes during interactions, much like the one I was having with this patient.

Studies have repeatedly demonstrated a vast majority of pain physicians don’t feel like they have adequate training in meeting the unique needs of this patient population, though most agree that such efforts are very necessary.  This disconnect between demand and supply is a problem, a big one.

With the current pandemic stretching many people thin financially, the last thing that needs to happen is people avoiding the hospital out of fear, not of the virus, but of the health care field itself, much like what my patient seemed ready to do.  In some instances, this could be the difference between life and death.

There needs to be a much larger emphasis placed on training students and even residents on how to become more aware of micro-aggressions, biases, and the struggles of the LGBTQ community.  I’m not saying the changes will be evident overnight, but they won’t ever happen if we aren’t willing to even try.

In fields such as anesthesia and surgery, it is easy to get tunnel vision and focus on the procedural aspects of patient care.  Far too often have I seen surgeons with fully loaded schedules, still doing their best to address their patients’ concerns.  Surgeons and anesthesiologists who enjoy their pre-operative interactions with patients and families, but simply cannot afford to spend more time doing so.  It is truly unfortunate that doctors who are initially drawn to medicine to listen to and help people often go home feeling something lacking in the experience.

Something has to change for everyone involved.

As someone pursuing anesthesia for residency, I made it a personal mission to learn more about this patient’s experience and validate it, so that he felt understood and realized that the medical field can and will change for the better.  For the sake of my future patients, our future patients, we must.

As I was leaving, the patient asked me for my name.  Not just “student doctor.”  He gave me a sincere smile and said: “Hey Indy, thanks for listening, it means a lot.”  Sometimes change begins with something as simple as being willing to listen.

Indraneel Prabhu is a medical student. 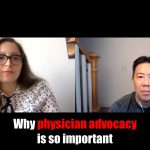 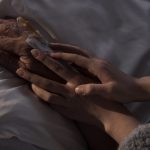