I am elderly now, and as a lad, I was raised a Roman Catholic.  That often involved going to confession.

I wondered if confession was still done, part of the faith.  You can see how out of touch I am.  I am here to report confession is alive and flourishing in the church.  In the city where I live, confession is now offered (probably entirely) outside the church itself.  It is a drive-through experience.  You drive into a one-car-width garage, which is attached to the rectory.  The garage is open on both ends.  You drive in, stop in the middle, which is very dark, shut off the engine, and wait.  Not long.  Soon a priest appears from the shadows on the passenger side of your vehicle.  You lower the window and confess your sins to this mysterious figure.  Pretty simple.  Of course, he maintains the approved six-foot distance throughout the confession.

Old as I am, I don’t have a lot of sins to confess, or maybe it is that I can’t remember them.  I can, however, recall sins connected to Coronavirus regulations, the edicts we all deal with.

So I begin.  Bless me, Father, for I have sinned.  I can’t remember how long it has been since my last confession.

When sheltering in place, I continue, was all the rage, I did not comply.  Not at all.  I went out as often as I could.  Usually I went to our nearby McDonald’s for a cup of coffee, carry-out, certainly.  For some reason, our McDonald’s is staffed almost entirely with black people, young and old.  One woman, a boss, I guess, was often unpleasant with persons standing in line like me — not far enough apart, etc.

One day she spoke to me harshly in her angry voice, and I told her she was a very rude young lady.  She ignored me, but she heard what I said.  That’s it for me, I thought when I returned another day.  The good service I was used to would be at an end.  But it didn’t happen that way.  When I returned, the staff was unusually kind to me, and when I sought a coffee refill, which is not free at McDonald’s, I was frequently given a refill gratis.  The way I have it figured, that surly young lady I encountered might well have treated her fellow workers badly too, and probably did.

Telling you of this experience, Father, allows me to speak of the tense times in which we are living in Louisville when it comes to race.  We could become the next Portland, Oregon, which I would regret tremendously.  It ought not to happen, but words may not stop it, and I know both sides of the racial question will lose.  Nobody emerges a winner.  You can make book on that.  The thought of it saddens me.

Also, I must confess, I have not washed my hands as often as I should.  I also pick my nose, and I know as well as the next person I ought not to be touching my face, especially because I don’t wash my hands often.  And when I go to grocery stores or other places of business, there are circles on the floor, some sort of decals, where one ought to stand.  I do not stand within the circles, and the clerks notice and want to say something, give me hell, but they don’t dare.  I do this deliberately, Father.  I am a sinner, no doubt about it.

I am not good about wearing a mask either, and when I walk the city streets, I sometimes encounter young women approaching from the opposite direction.  They have good eyesight — mine not so good these days — and see me approaching without a mask, and they must pass me on a narrow sidewalk and risk contamination from droplets from my orifices.  They wish to avoid this, so they begin to move over toward the curb, and I too move in that direction also, toward the curb, deliberately, and the result is this correctly-adorned lass is often made to go into the street to avoid me.

One time I came face to face with a young woman, and I couldn’t see her mouth behind the designer-quality mask she wore, but I imagine she was cursing me abundantly.  In this case, she turned around and went back the way she came.  I never do this with older women, by the way, or with men.  Men are less likely to be masked anyway, which brings me to this, Father.

I need a haircut; my hair has gotten long.  One chain haircut establishment had a sign out advertising a haircut for $10.  By the time I got there, the sign was down.  The door was locked, standard procedure, I guess, but I was allowed in.  I didn’t have a mask, but I was given one.  Mask in place, I entered and was greeted by a matronly-looking woman who approached me very cautiously, as if I were a leper, but probably because I came in without a mask.  She confronted me with a device I might have in another time taken as a weapon, a small gun.  But I knew better.  It was a thermometer.  She quizzed me extensively about my recent health.  Had I been sick, even slightly?  I told her I was well.  She didn’t look convinced.  I said how I’d seen their $10 sign and asked about today’s price.

“Fourteen dollars,” she told me.

I offered her yesterday’s price, $10.  The shop was empty, save for one person getting a haircut.  I repeated my offer of $10 and added, “Madame, with the ten-spot, you get to check my prostate health.”

She didn’t comment, nor did she smile.  We didn’t make a deal, and I left.

Father, I still need a haircut.  I asked the priest his name.  Father Maloney, he told me, and he wanted to know if I was through with my confession.  I said I was.

He gave me penance, one Hail Mary, one Our Father.  Pretty light, I thought, and one act of contrition to be said with him now.  So we said the prayer together, and then he said something in a deeper voice than I anticipated.

Well, he didn’t say, “the Christian thing to do.” 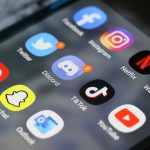 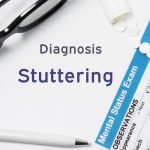