The first time I had ever been present when a patient was in cardiac arrest, I was a medical student, spending a night in the emergency department of a small local hospital. An old woman was rushed in from home after she had fallen over at the dinner table; her heart had stopped – and maybe she had choked on something. It wasn’t clearly cardiogenic. But she was full code, and so we coded her. It went on for about 40 minutes, long enough that there was little chance of her coming back, so long they even had me – the pre-clinical medical student – help with chest compressions.

The next thing I knew, I was standing on a stool at the side of the gurney. The patient was probably in her late 60s or early 70s. I remember that too-pale face, slight waxy coolness of her skin when I put my hands on her sternum. Her family was there too, standing off to the side while this all went on; her daughter was crying, but also shouting out encouragement to her mother. This was the first dead person I ever saw.

During residency, I remember one fellow resident who stood at least 6′ 2″ and over 220 pounds whose chest compressions were delivered with such energy that they almost invariably broke ribs. There was nothing quite like stepping up to the chest after he was done with it. The usually stable construction of sternum and ribs, cartilage, and bone, wound being to move separately of each other under my hands. He’d bring you back, we joked later, but you wouldn’t like it much.

I used to think it barbaric that families could watch their loved ones be coded. It seemed cruel to let them see that traumatic, undignified end. Since then, I have come to understand why it is allowed, and even encouraged. It can be good for the family to see and understand – in their gut – in some deep and permanent way, that there was no going back. Death, non-being, the end of everything, is bigger and scarier and darker than whatever indignity happens during a code. Watching a code can be like bearing witness to the human struggle made manifest in a rib-shattering spectacle, a sort of horrible modern Pièta.

Those thoughts rose to the surface while I watched a patient’s code in the time of COVID-19.

As the infectious diseases attending, I was safely across the glass barrier, standing with a great many others out in the hallway. Only about five people were in the room. They were able to get the patient into a machine that performed chest compressions, so the nurse was administering medications, and the respiratory therapist was suctioning and adjusting vent settings. It was curiously calm. Most importantly, there were no family members present. Visitors were not allowed – and the code situation had come out of the blue.

What makes a patient real to us? What makes it so we come to care for them? It is probably the same thing that makes death real to the family. Maybe this is why the elder physicians, our mentors, always insisted on the ritual of the physical exam, even in an era when we have portable echos, CT scans, and PETs. I know this: some part of my brain is never quite convinced that another person is real, or as real as I am, with equally oceanic desires and wishes and wants and equal depths of suffering and anger and despair. Not until I hear their story, not until I touch them, not until we are face-to-face.

COVID changed that.  As a consultant, I must admit I have been calling most of my patients from the safety of my office, and looking at them through the glass windows of the ICU. During the pandemic, even the particularity of the patient’s history is erased. No longer is it of the woman with 13 outdoor cats who comes in with a swollen arm, or a man who uses the well water from his campground to inject IV drugs and can no longer see. Patients come in with the same story. Each one, usually possessed of some underlying condition, began to have shortness of breath, fever, and cough about 4 to 10 days before admission. You come to have simply one mass of humanity that you are treating, instead of individuals. There can be very little in the course of their disease to distinguish them from one another. The distance grows.

What does it mean when we are simply a voice over the phone, or another shielded face behind a mask and surgical cap, behind a set of double doors? Barrier after barrier had been put up, to protect but also, inevitably, to separate us from the reality and havoc of the disease. The distance and barriers are necessary, is scientific, is required by science, by hospital regulations and requirements. And yet the distance creates an emotional barrier along with the physical one, making it harder for us to practice with empathy.

How much worse, then for the patients’ families? How do they know – without seeing it, without being there, exactly how (and how bad) their loved one is doing? How do they go on and grieve, for those who must face the ultimate bad news, having had to hear of everything at such a remove? How does the rest of the country know – really know in their guts – the risk and the consequences of not distancing, of not wearing masks, of trying to get on with their lives too soon? They have no touchstone. They cannot see the code.

A pulse has been restored. The patient is back. The code is over. The bedside nurse is drawing a rainbow set of labs, and the resident is ungowning to go call the family. I can only send up a prayer: Help him. Forgive me. Help all of us … and go onto the next patient.

If you want to be a physician-inventor, here's what you should know [PODCAST] 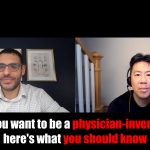 Medical students are benched during the pandemic