He did a double-take as we passed on our small town sidewalk the other day.

“Hey Doc, I didn’t recognize you dressed like that, without your …”, he gestured to where my tie or stethoscope would have been. I was wearing a cafe-au-lait colored T-shirt and faded Levis.

“Did you hear about the appointment with the cardiologist yet,” I asked.

“It’s in two weeks,” he answered. “Tell me, Doc, how serious is this murmur?”

“Right now, not very, but you could end up needing a valve job someday, so you’ll need to have another echo done through your esophagus so they can get a better look at that noisy valve and then regular follow-ups”, noting silently to myself and I’ll never know how you make out now that I’m handing over your care to one of my partners.

He started thanking me for being his doctor for so many years, through so many illnesses, both life-threatening final diagnoses and mere scares we had worked our way through.

Two years ago, almost to the day, I had a hunch that he might have a malignant kidney tumor, based on some nonspecific symptoms and an extremely elevated sedimentation rate.

In the end, he had something a bit less serious, and I was more relieved at him not having cancer than embarrassed about my inaccurate clinical hunch.

This time, he had been in for a routine checkup, and as I listened to his heart, I heard something new. He had a distinct early diastolic murmur. Soft systolic murmurs, between the first and second heart sounds, are dime-a-dozen, but diastolic ones are fairly rare, and his was fairly loud – what I ballparked as a 2-3/6 (more than a third of the maximum volume imaginable).

Systolic murmurs sound like Bipzzzt-Bip; diastolic ones sound like Bip-Bipzzzt. The diastolic murmur I knew the most about but haven’t diagnosed very often is mitral stenosis, usually caused by rheumatic fever. My patient had never had that as far as I knew, and he had no symptoms of heart failure. I sent him for an echo, and I got a call from the cardiologist who read it, praising me for my “excellent pick-up” of the murmur, which on the transthoracic echo indeed looked like at least a moderate if not severe mitral stenosis.

Being praised for my auscultation skills was nice, but I wasn’t pleased that my patient could be facing heart surgery in just a few years.

Early in our careers, doctors have a tendency to triumph over serious or rare diagnoses we make as we marvel over our newfound skills and the logical complexity of the human body.

At this stage of mine, I often feel sadness when a patient I care for, and care about, develops a symptom that signals the possibility of a serious disease.

If the diagnosis I think they might have is easily treatable with a good prognosis, I can triumph over my clinical hunches and diagnostic acumen. But if it is not, how can I feel proud about my skill at recognizing the distant footsteps of the grim reaper?

What ever happened to forgiveness? 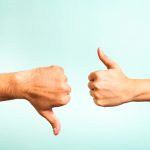 Observations of a Black frontline worker and protester 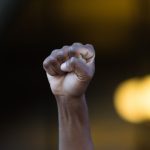