She was naked in her seclusion room — a padded cell — with her gown on the floor and drenched in her urine.

I was her nurse.

I gave her lithium.

She put the pill in her mouth and then spit it at me in my face. Then her tirade began:

“I’m Jesus. The FBI is watching us. The computer chip in my head said to kill, kill, kill you.

She spun out of control. She started to bang her head against the padded cell wall. We all gathered around her as she screamed out to Satan, demons, and Lucifer. I injected her with Thorazine. And finally, she slept. Exhaustion and medication took over.

After a week of seclusion and scheduled medications, she got better. She graduated to the main psychiatric unit. She was walking amongst the others and talking with other patients. She was better. Her gray hair was neatly combed. She wore a dress.

I was giving out medications to others.

Mrs. Mary came up to me. Two inches from my face. She said, “I know you. I know you from somewhere.”

And I told her yes, she was correct.

I let her know that three years ago, she was my English professor while I was in college.

She apologized for her behavior, though she vaguely remembered being naked and spitting pills at me and talking of Jesus and Satan and the FBI.

I told her no need to apologize. You are so much better. I’m so happy for you.

Three years ago, I had been in nursing school. English class was a requirement. I was a young, depressed woman going into a profession my mother had forced me to go in.

It was my delusional thoughts that I would escape my dysfunctional home of an alcoholic father and a domineering mother. I would become a journalist, live in New York City, and work for the New York Times. I would escape my household I grew up in and go to the best liberal arts school and become famous with my writings.

Instead, I was told I would stay at home and go to a local college and become a nurse.

I wrote paper after paper using my creativity in this English class. I excelled at something I loved — writing. And it was Professor Mary who asked me to stay after class. She told me I could be a journalist. That I didn’t have to go into nursing. That I could write.

She also told me that she sensed I experienced depression. I was 19 or 20 years old. How did she know so much about me in so little time?

Professor Mary was probably the first person in my life that had an ounce of insight into who I was. Years of neglect, the screaming of mom as dad ran into the walls after he drank his daily gallon of wine.

I wanted to escape, but I wasn’t allowed to.

I had never known that Professor Mary held onto a secret. She was a genius within a schizophrenic mind. With the compliance of her medication, she was a warm, tender, and caring lady. I looked up to her. I cherished her. She seemed to be the first person in my life who showed she cared about me.

My confidence had lifted because of her.

I became that nurse, and I first ventured into psychiatric nursing.

And there Professor Mary was. My patient.

I gave her love and kindness and encouraged her to get better.

In a twist of fate, I was able to return everything that she had given me. Hope.

Professor Mary died not too long ago. I read about her in the newspaper. She died a peaceful death after many years of teaching.

Professor Mary lit a candle for me in my heart. She may have been the true reason why I was able to become a caring nurse to others. She’ll always be that spark in me that I thought had died at the young age of 19.

You were my shining star.

How this physician discovered the power of mindfulness [PODCAST] 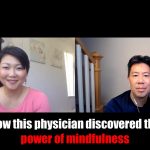 Fighting back against Dr. Patriarchs

The genius within a schizophrenic mind
2 comments