There is no debate on the insurmountable value of kids needing to be in schools.  CDC data shows that children account for 6% of COVID-19 cases and 0.2% of all deaths.  Yet, the system can miserably fail if bullied into opening.  Children could turn into potential super-spreaders or develop multi-system inflammation, Kawasaki, or toxic-shock syndrome.  And once that domino falls, we would be doubling down on our failure to control this abysmal viral free-fall.

Fortunately for the U.S., a large part of the world just went through this stage.  We could learn from them to find the best path for us while being guided both by science and common sense.

Without much ado, let’s briefly review.

When schools opened in China, temperature screening, masks, and plexiglass-separations were seen commonplace along with distancing rules between the pupils.  Since May, Belgium and South Korea have been able to open schools with strict protocols of cleanliness, social distancing, regular deep cleaning of schools.  In Germany, additional guidelines included wearing thick clothing as windows were open in classrooms, and most hallways in schools were only for walking one-way.  Vietnam mandated masks at all places while New-Zealand utilized a transitional arrangement with parents who thought it was too early for their child to be in school and wanted to remain cautious.  These children utilized remote learning in the interim.

Netherlands and Denmark started the school year in phases and delayed the opening of middle and high school 3-4 weeks after the elementary school.  This may be worthwhile as a South Korean study has shown that children less than 10 are less likely to spread the virus, but those between 10-19 can disseminate the same as adults.

Denmark split classes into groups of dozen students and separated eating and arrival times to schools.  It also conducted classes in an open soccer stadium.  The risk of transmission has been shown to be about 20 times lower outside vs. inside.  In Minnesota, only 1.8% of test results amongst protestors of black lives matter have come back positive.

In places where schools are heavily populated, and hence distancing is harder to achieve, the concept of open-air schooling during late summer and fall seems intriguing.

In Israel, some schools had to be shut down after cases grew in the schools.  The country was reporting 10 cases of COVID-19 a day when the schools opened.  Unfortunately, that led to complacency and rapid reopening of schools without proper phasing and prevention methods in place.  In a month, Israel was reporting 1,200 new cases per day, and 47% of those were reportedly related to schools.  Israeli policy then changed to closing the entire school for a while and testing everyone when a student is infected.  Sweden did not make any significant changes when they opened schools, and eventually, many staff members and attendees got infected.

Germany has employed a cohort-based approach where all the classmates and the teacher of the infected student are sent home for two weeks, while other classes continue on.  The U.K. government is studying the value of asymptomatic routine testing in schools in order to catch an uptick of infection in its beginning stages.  One school in Germany utilized routine self-testing every few days where teenagers tested themselves.  They received the results via an email the same night prior to school the next day.

Where does the USA stand

One thing that appears to be common in most countries’ school opening timelines and is different from what’s going on in America is background infection.  The schools in China and Europe opened much after their peek, which means that their community prevalence was likely much lower.  Couple that with relatively lower risk in children and regimental distancing and cleaning protocols.  All this leads to better overall chances of schools not being needed to shut down due to viral surge.

The U.S. has recorded the highest number of daily cases multiple times in July.  It is safe (or unsafe) to say that we are in the midst of our peak overall community prevalence of the novel coronavirus.  With that, some counties in New York, California, and Texas have rolled back their school plans, while Philadelphia is considering two days a week in-person classes, rest are virtual.

When it comes to school reopening, the devil is in the details.  I doubt that there is a ubiquitous solution, but studies show that if judiciously done with adequate precautions, school infections can remain low.

We are traveling through a long tunnel rather than under a short bridge.  An extremely watchful opening is paramount without expectations of scaling back to “pre-COVID normalcy” any time soon. 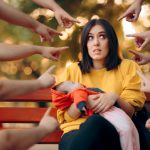 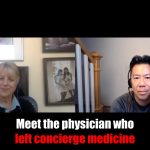 Opening schools? The devil is in the details.
1 comments