I first became acquainted with Michael after another case manager I work with, a woman, reported the proprietor of the group home (sort of a boarding house, really), Miss Samantha, as she was known, and whom I knew slightly, said she wanted Michael out because of his sometimes bizarre behaviors, often frightening to her neighbors.  Miss Samantha is a tall, white-haired woman of some dignity.  Sort of Southern in her bearing, and you might think she is well-to-do, but I know she is not.  She must be in her early seventies by now, and she has had her share of ailments.  Michael, she claimed, had a habit of startling people by popping unexpectedly out of the bushes and uttering incoherent speech. She also complained that he was smoking in the bathrooms and depositing the ashtray contents into the commode.

It all added up to our agency having to locate someplace else for Michael to live, no easy task He’d been with Miss Samantha for eleven years.  It was decided to try getting a male case manager to work with both Miss Samantha and Michael. That’s where I came in.

Michael is fifty-one years old, and is diagnosed as schizophrenic or schizoaffective   He is prematurely stooped over.   Also, he is very thin, and when I first met him, he had unusually long hair, like a hippie from the 1960s.  His hair is graying, and his teeth are in need of dental work.  Also, he has a wandering eye.  Lately, he has cut his hair short, or at least shorter than it was.

Samantha charges a hefty amount for room and board at her place, at least compared to the places I have put people in.  It is worth what she charges, though.  About twenty persons live at her home.  Most are mentally ill or mentally challenged.  Many, like Michael, stay for years. Michael’s father pays the additional costs.  I have yet to meet Michael’s dad, and may never meet him. He’s a bit of a recluse.  I know this much, however: Michael’s father has almost no contact with his son.  Maybe at Christmastime, there is a phone call.

The situation that was so upsetting to Miss Samantha came about, I soon discovered, because of the failure of a local pharmacy to deliver Michael’s medicines on time.  Often this pharmacy was two or three days late, and three days off of meds for Michael was not good at all.   I did what I could to correct that situation by protesting to the manager at the pharmacy.  He got my message loud and clear. The deliveries improved.

So it was in this atmosphere that Michael and I began to go out for coffee on Wednesday afternoons. That’s all we do, by the way.  Go out for coffee and talk some.  I try never to miss a Wednesday afternoon, because I realize how much he looks forward to this time together.  Usually, we go to Mark’s Feed Store nearby, but sometimes we frequent a place called Ditto’s.  We always pick establishments where unlimited refills of coffee are offered. The conversation is hardly sparkling.  Sometimes we exchange few words at all, and often the talk that does occur comes about only because of questions I ask him.  What about this?  What about that?  Did someone new move into the house?

Still, we talk, no matter how stilted or forced the conversation may be.  Most of the time, when he speaks, he makes sense, and if there is too long a silence (and I let that happen), he will come up with a question about my work.  He might say, “I guess you’re pretty busy these days?” And then, of course, I get to tell him just how busy, how overworked I am. I once asked Michael if he had lots of money, what kind of a car he would wish to own.” That’s easy,” he said. “A Corvette.” He then went on to describe where he would drive his Corvette, which would be on back roads where he was unlikely to damage it.

At our office, we have a kind of a slush fund, called a “wrap around” and I once requested and was granted an outlay of $200 to buy Michael some new clothing.  I could tell from the way he talked that he liked clothes, but what he owned was minimal.  So together, we went to Value City.

“Buy what you like, and if you see something you really want, but it costs more than you think you should pay, go ahead and get it anyway.” Of course, he understood beforehand that our limit was $200, not a great amount to begin with, but more than he was used to getting. He took me at my word and picked out a full-length leather coat for about $130. It was Christmastime when this happened, and I asked him. “What is your best Christmas memory?” He thought for a moment, and a big smile crossed his face.

“When I was about seven or eight, I wanted a small axe for woodcutting.”

“Oh yes, and I went behind the house in the woods where we lived.  My mother was living then, and I chopped and chopped as long as I wanted.  I had a wonderful time.”

Last week, on Wednesday, when I came for Michael, Miss Samantha called me aside. I expected trouble.

“You know, Ray,” she began, “I see a change in Michael.  For one thing, he used to pick at his food (that was another of her complaints about him), but now in the morning, I notice he eats a big breakfast, bacon and eggs, and whatever else is offered.  He didn’t do that before.  Somehow he just seems, well, more content.”

“All I do with him,” I explained, “is go out for coffee on Wednesday and talk a little.”

“Don’t minimize what you do,” she instructed me, “because it is a lot, more than you know.” 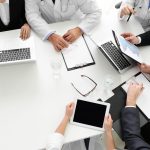 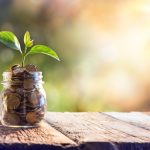