When I graduated from medical school, one of the best decisions I made was to set up automatic savings. I made a budget that had about 25 percent taken away in taxes, decided to live on 50 percent of my income, and made the bold move to have the remaining 25 percent placed in an entirely separate account. This account was reserved for building wealth through saving, investing, and paying off debt. It was one of the best things I did and here’s why:

1. It allowed me to grow my emergency fund. One of the best things about having part of my paycheck go into an entirely different bank account was being able to save money in a separate place. Because the money in this account isn’t connected to my checking account, I couldn’t spend it. Month after month, the money just kept adding up, and before I knew it, I had saved thousands of dollars in an emergency fund. I remember looking at the account six months after I started saving and being so proud of myself. It made me even more motivated to keep saving. Plus, it gave me a sense of relief to know that I money to cover unexpected expenses.

2. I started investing early for retirement and building my net worth. Another awesome thing about automatic savings was that I was able to start putting money into my retirement account. Unlike money sitting in my savings account, the money I had automatically deducted from my check for retirement was being invested in a way that would make me even more money in the future. Although retirement may be decades away, I need to start saving and investing now in order to have enough money in those accounts to cover all of my needs. I don’t want to be relying on social security checks from the government trying to make ends meet on a small sum of money when I’m in my 60s, when I could instead invest the money now in a way that would allow me to live the life I want free from financial burdens.

3. I paid off a lot of debt. Regardless of whether you hate debt or don’t mind it, paying it off is like a weight lifted off your shoulders. Although I entered a loan forgiveness program for my student loans, I still had other credit card debt I needed to pay back. Unlike most people who go straight into medical school from undergrad, I lived in Washington, DC for two years before starting medical school. Although that time was rewarding, I racked up lots of credit card debt. (The city was super expensive, and I used credit cards to cover some of my bills since my salary was low.) By the time I left the city, I had thousands of dollars of debt to repay. When I got my first job as a doctor, I had hundreds of dollars automatically withdrawn from my separate account each month to pay off this debt. By the end of my first year as a doctor, I was credit card debt free! Now, instead of spending hundreds of dollars on a credit card payment each month, I’m able to invest even more money towards retirement and raise my net worth.

4. I now have money for vacations, Christmas gifts, and other indulgences. Along with investing for retirement, building my emergency fund, and paying off debt, having a portion of my check automatically sent to a separate account also allowed me to save money for things that bring me joy. I now have some money in a “vacation fund” so I can take trips and create memories with friends without racking up debt. I have also been able to save money each month for Christmas gifts so that my spending in December doesn’t put me in a financial hole for the next year. Plus, I have money saved for expensive purchases like a new phone or laptop should I need it.

5. I learned how to live below my means. I think this is by far the most important lesson I learned. As a physician, my life is a little different from most. I spent many years in school living off of student loans and now must spend a few more years in residency where I’m paid a low salary by the government. However, once I finish residency, my salary quadruples. It’s quite an interesting timeline. Since there’s so much hard work and delayed gratification involved to get to the end goal, it can be very tempting to “not worry about money” and simply get what I want because I know that eventually, I’ll be able to afford it. Although this seems fine, many people with this thought process inflate their lifestyles by too much, rack up lots of debt, and are unable to retire when they’d want to because they didn’t save enough money earlier on in their lives. I don’t want that to be me. Learning to live below my means has taught me to be less materialistic, more giving, and more appreciative of the things I have. It has also helped me learn to be humble and not to compare myself to other people. In other words, living below my means helped make me more mature.

My point? As you can see, automatic savings in a separate account has had many benefits in my life. Although it can be difficult to live on half of my paycheck while others seem to be living a much more lavish lifestyle, I realize that the sacrifices I make now will pay off in the end. Practicing self-discipline by saving money is one of the best decisions I’ve ever made.

Altelisha Taylor is a family medicine resident and can be reached at Career Money Moves. 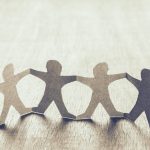 International medical graduates are crucial in our battle against COVID-19