You are outraged. You realize you are part of the problem. You abhor rampant, unchecked police brutality and centuries of systemic, institutionalized racism. It sickens you.

In recent days following the death of George Floyd and the massive uprisings of the American people from all across the country demanding decisive justice and sweeping reform, I couldn’t help but notice a resurgence of a curiously unsettling, but all-too-common phenomenon sprinting across the social media ether, the press, and television news that, for some reason, left me feeling uncomfortably wary and woefully dissatisfied: individuals coming out and excoriating police brutality and racism, and verbalizing their commitment to righting the wrongs, but with no apparent mention of what that realistically would look like or mean for them, and what they actually intended to do (or not do) about it to make things better.

Trust me, I am all about social solidarity signaling, fulminating against legalized oppressive structures, and vehemently calling out human iniquity in our society whenever I see it, each of which has its own valuable function. But we do not get a cookie or a participation trophy in the realm of true social justice reform and activism for merely virtue signaling (e.g., vocalizing support, expressing anger and frustration, and decrying injustice). If we do not match our words with concrete, specific, actionable, measurable, quantifiable, meaningful, impactful, and sustainable change that will be palpable and relevant to those who have been, are, and will continue to be harmed by these intricate juggernauts of a systemic issue that has become something of a pandemic within a pandemic, then did we really accomplish anything at all? Or was it simply all hat, no cattle, and just a more deceptively virtuous but nevertheless equally inefficacious iteration of the “thoughts and prayers” response we frequently hear following a tragic event that contributes nothing and leads to further inertia of inaction?

Time and time again, we see exultation and immediate revelry whenever notable public figures, groups, or even institutions send out an email, a statement, a speech, or some other PR communication that is as useful as a $100 bill while stranded on a deserted island, and as consequential as trying to make a car move by blowing at it. Our threshold for doing good has become so piteously low, and the bar for true social justice and effective reform has dropped so far down that it is practically underground such that a mere identification of an incontrovertible problem we all know to be ubiquitous is all that it seemingly takes for us to get worked up into a frenzy of self-indulgent pride, celebration, and resigned complacency.

What I fear is that these public displays of support that are not coupled with distillable, influential, and far-reaching actions may inadvertently cause people to erroneously conflate denunciation, verbal support, and expressed camaraderie with true social justice reform, an insidious implication that may unintentionally cultivate a sense of internal contentment that so long as one rebukes the unscrupulous transgressions they see and declare their commitment to supporting the cause, they have crossed the finished line triumphantly.

But no. You have not broken the tape. In fact, you are still at the start line just lacing up your running shoes. The marathon we need to run has yet to begin, and the recent state of affairs that have stirred us is our starting gun.

So how do we move forward from here? That is a question that is much harder to answer because our individual priorities, experiences, skills, knowledge, wisdom, background, connections, personal concerns, private lives, and capabilities are all very different. Where one of us may have the power to inform and galvanize support for large-scale legislation demanding the decriminalization of drugs as one crucial step towards legal equity with respect to the incarceration-prison industrial complex for racial minorities and those of lower socioeconomic statuses, someone who does not have that professional clout may choose to instead donate a sum of money to a local organization that is working hard to extirpate police brutality and racism.

Now, more than ever, we must look at the person staring back at us in the mirror and do some genuine introspection regarding ways in which we can and should proactively intercalate ourselves into the problem so that we not only recognize that we are part of the problem, but also that we will be an integral part of the solution. Now, more than ever, we must stop making countless excuses for ourselves that we are too busy, too disengaged, too unknowledgeable, too useless, too uncertain, too Laodicean, and too inured to the problems of structural racism and police brutality to participate in a meaningful, purposeful, and appreciable way.

It is time we do justice to our white coats and make good on the promises within the Hippocratic oath and our commitment to the human condition. Darkness is merely the absence of light. But light is not merely the absence of darkness. Light is a projection of something radiant, something truly bright and brilliant within ourselves to cast out the world’s darkness.

We cannot settle for lip service anymore because humanity can no longer be put on hold. We cannot lower our standards so much that we give a fanfare of pomp and circumstance and a generous encomium to public reproach that is not followed with notable action. We have to know our worth as a society that we deserve better than to stoop to that pitiful level of idleness and stagnation masqueraded as a superficial, empty call to action.

A Good Samaritan is someone who tries to give whatever they can to every homeless person they see gathered who are all lining up along a street.

An Enlightened Samaritan is someone who asks, “why are there so many homeless people to begin with?”

A Moral Samaritan is someone who does something with their good, and their enlightenment to make homelessness disappear forever.

This idea applies to racism and the problems that are inextricably linked to it, one of which is police brutality.

Mahatma Gandhi once said, “Be the change you want to see in the world.”

It is no longer sufficient to simply “be” the change. Now we must “make” the change we want to see in the world.

Medical rationing in the age of COVID-19

How MOC is contributing to the demise of physicians 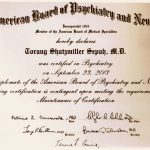