Opiates relieve pain and can transport people to their apparent happy place. So does marijuana.  Lyrica, the seizure-turned-pain medication, caused enough of a buzz in early study participants that it became a controlled substance. The anesthetic ketamine is now used for treatment-resistant depression.

Years ago, we had to be very specific about the location and classification of our patients’ pain. When pain then became a self-reported vital sign and chronic opioid therapy seemed legitimate for a number of years, it seemed more or less irrelevant where or why people hurt.

Now the only classification of pain in some areas, for example, on prescriptions, is whether it is acute or chronic, while on the other hand, our understanding of its underlying mechanisms is continuing to evolve. I guess this is not the only area of medicine where two opposite forces coexist: Differentiation and individualization on the one hand and unifying theories of disease mechanisms on the other.

The inevitably obvious question must then be what the difference really is between pain and suffering, neurologically, and biochemically.

Choleric temperaments were explosive moods caused by bile, according to Hippocrates and Galen. Hysteria originated in the uterus, hystera, according to ancient Egyptian and Greek physicians.

Physical conditions with links to emotional ones include the often painful irritable bowel syndrome, IBS, which we now know is mediated by serotonin, which is also involved in the mood regulation of depression.

Back pain has been viewed as an almost symbolic stress-related manifestation of unhealthy relationships, and migraines are commonly thought of as triggered by stress.

We recently learned that certain genetic traits can predispose to several different mental health diagnoses, but we know very little about why some people develop one diagnosis and others a different one. The science of epigenetics may give us more understanding eventually; this is the notion that our environment in its broadest sense, from diet and microbiome to external influences, determines how our genes get expressed or turned on and off.

As we continue to focus on disease without giving health, which is more than the absence of disease, due consideration, we end up in an exhausting game of whack-a-mole: We conquer one disease, and another one appears. Scurvy and beriberi are gone, but now we have vitamin B-12 deficiency from heartburn medications, magnesium deficiency from industrial farming practices, and vitamin D deficiency from lack of sunlight exposure, just to mention some very easily understood conditions.

Which brings me back to pain and suffering: Two disease (think dis-ease) states. One problem. We, as a species in the modern world, are not healthy.

Modern medicine is doomed to fail if we continue to focus on how to treat what we think are a host of separate problems and diagnoses without giving serious thought to why all these conditions exist in the first place.

Pain and suffering are warning signals that something has gone wrong. We can alleviate them to a degree, but so far, none of these treatments have brought back health. We live in an unhealthy world. More people are disabled from back pain than in the preindustrial era, and depression is almost a pandemic. How can we, as physicians, help show the way to living healthier, physically, and emotionally? 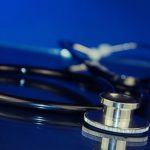 There’s a code for pain, but what’s the code for suffering?
2 comments