The coronavirus has taken a major toll on virtually all aspects of our lives, especially for those of us who live in urban areas. As many others have rightfully pointed out, the dangers of the disease extend well beyond the physical complications caused by the SARS-CoV-2 virus. The virus has also sent a psychological shockwave around the globe, and even those who have not become sick have felt the burden of needing to quickly adjust to the stresses of the new normal.

Of all the groups affected by the coronavirus, seniors have been hit the hardest, even in developed countries like the United States. Roughly 8 of every ten deaths caused by COVID-19 in the U.S. have been adults over the age of 65. Dig a little deeper, and one also finds that the disease is also more fatal for people of color and men, though the severity of this gender gap seems to shrink as one gets older.

What this data suggests is that there is a high likelihood that many elderly individuals, particularly elderly women, may lose a spouse during this pandemic. Given that spousal bereavement is associated with excess risk of mortality, a well-documented phenomenon known as the “widowhood effect,” the coming months may see notably higher fatality rates among senior populations despite declines in the number of new cases of COVID-19.

What preventative measures can we take to avoid this potential crisis?

The impact of spousal bereavement on mental health

When a spouse dies, it is an extremely traumatic event regardless of age or cause of death. It can leave the bereaved feeling lost or empty, oftentimes for years. Exactly what constitutes a normal timeline for grief is a sensitive topic that relies on a myriad of variables, but most individuals eventually move past the signs and symptoms of what is known as complicated grief (denial, pain, anger, or guilt, among other emotions) and arrive at the stage of acceptance.

Even in the best of circumstances (time to prepare for the death, a cohesive family structure, financial stability, and so on), this period is never easy. While it should come as no surprise that the disruptive effects of a spouse’s death can have negative effects on one’s mental health, studies have also indicated that it may lead to the deterioration of one’s physical health. This may, in turn, contribute to an increased mortality rate. This study found that there was a 40-fold increase in the risk of a bereaved spouse developing a new illness or allowing an existing one to worsen within the first two months after their loss.

No surprise, studies have found that this is linked to the depression-like symptoms that are common in the initial stages of grief. This may lead the bereaved to engage in health-threatening behaviors or neglect health-promoting activities, particularly during the first six months following the death. For example, a recently widowed individual may abuse alcohol or other drugs. They may also change their diet for the worse or fail to comply with medical regimes, often because these responsibilities had been within the domain of the recently departed spouse.

Prevention of grief is not possible, but the prevention of potentially deleterious behaviors is. First and foremost, it is imperative that the bereaved do not feel completely alone. Yes, they may wish for time apart from family and friends, but they should not feel as if there is no one to whom they can turn. Providing the bereaved with a strong social network of supportive friends and family will ensure that they do not feel isolated. Granted, this may be more difficult due to social distancing efforts, but such networks tend to inspire healthy behaviors and discourage risky ones.

However, this is not a categorical statement. As this study found, not all networks are created equally, and a network consisting of a handful of intimate relationships is far more helpful than a vast network comprised of acquaintances. Quality is more important than quantity. For example, if a bereaved individual does not feel comfortable in new situations, sending them to a support group full of strangers may result in a great deal of anxiety, thereby doing more harm than good. Unless the bereaved is displaying antisocial behaviors for extended periods of time, they should ultimately dictate the context of the support they receive and the makeup of the support network.

Studies have also found that perceived support is more important in many cases than how extensive a social support network actually is, as not all individuals within one’s network are necessarily supportive or desirable to be around. Additionally, different kinds of networks may be able to provide different avenues for therapy. For example, establishing new relationships may give rise to novel experiences and interests. Conversely, the bereaved may wish to avoid reaching out to new relations in times of great difficulty and feel more comfortable relying on someone with whom they have a stable and ostensibly resilient relationship.

Data indicates that the latter group is of paramount importance during the initial stages of bereavement. This includes not only family, who may be preoccupied by their own feelings of grief, but also longstanding and intragenerational friends and neighbors.

Though we live in difficult times, most of us will be able to resume some degree of normalcy eventually. Others, particularly bereaved seniors, will not be so lucky. They may be able to celebrate the end of the pandemic, but the disease will have left an indelible scar upon their lives. They will emerge from one crisis to face yet another: loneliness. It is up to us to ensure that we use what resources we have to make sure vulnerable seniors feel connected to the community, to friends, and to family.

Samoon Ahmad is a psychiatrist.

What do white LGBTQIA+ people owe to the black community? 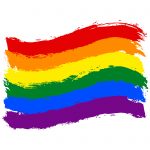 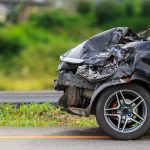