These past few weeks have turned the entire world topsy turvy and called into question many beliefs that were previously taken for face value.

One of those fundamentals that has been shaken to its very core is the stability a physician has with his or her job or income.

Decades ago, my father — a physician himself — told me that no matter what, physicians will always be in demand and have a high, reliable income. Granted, the vast majority of us did not go into medicine, chasing the dollar signs. For if we did, there are far easier ways to make money for a group of intelligent individuals.

But it would be a lie to say that the potential earnings of a career in medicine did not have some impact on our career choice.

Whenever there is a demand for a particular profession, that profession typically enjoys job stability as well as increased earning potential. It is a basic tenet in economics that forms the backbone of our financial system, the law of supply and demand. As demand increases, the product or service in question can charge a premium as more people are willing to pay for it.

The COVID-19 pandemic that we are witnessing has created a huge demand for qualified health care workers to care for those who are affected by the virus.

One would think that with this increased demand, physicians should have an all-time high level of job security and income protection. One would, sadly, be incredibly wrong.

The fact of the matter is that although yes, there is a huge uptick in demand for treating viral patients, the “bread and butter” cases for the majority of medical specialties have shown a massive decline.

Many states, mine included, have passed laws that have made it illegal to perform elective outpatient surgeries.

My place of employment, a multi-specialty physician group consisting of over 70 physicians — at least a third of which are surgical — has already felt and will continue to feel the economic impact from these legal mandates.

One of the three prongs of our ancillary services, the ambulatory surgery center (ASC), which was a typically strong source of revenue, will instead be a financial anchor during this crisis. There will be fixed costs that are unavoidable whether or not the ASC is utilized or not, and all physicians will have to bear this burden.

Radiology, the second prong of our ancillary services, is also not immune, and I have already begun to see the dramatic financial implications COVID-19 has on my practice.

In order to “flatten the curve,” people are rightfully staying at home to reduce exposure to/transmission of the virus.

Patient visits to my workplace have dried up considerably, which has impacted almost every specialty, surgical or not.

With fewer clinical visits, there are fewer imaging studies being ordered.

What was once a thriving, incredibly busy medical practice that got to the point where I barely had time to go to the bathroom or have an uninterrupted lunch now has me twiddling my thumbs.

The day before I am writing this post, I was able to complete over six credit hours of continuing medical education (CME) at work during my downtime.

As I get reimbursed in the “eat what I kill” model, less volume directly impacts my financial bottom line.

This financial doomsday scenario extends beyond the walls of a private medical practice as it also impacting hospitals/academic centers.
I belong to several physician Facebook groups. A common message being spread there is that physicians are getting furloughed or even worse have their contracts terminated due to the drastic decline in patient volume.

During my 17 years of medical practice, I have never seen anything like this.

There are many physicians that truly have their jobs/incomes at risk, and this number will only rise depending on how long this pandemic lasts.

Those physicians that were previously operating on the fringe of profitability may not be able to financially recover from an extended financial hit that we are currently experiencing.

Something that I took for granted — my income — is not as secure as I had once thought.

My board of directors met and analyzed the financial situation based on current and projected numbers, and the financial outlook was not good, to put it mildly.

The board of directors demonstrated forward-thinking and made the tough decision of reducing each clinician’s salary draw by 40 percent until this crisis, hopefully, passes.

Add in the increased risk of exposure to the virus to one’s self and family by placing ourselves on the front lines, and it is easy to understand the types of stress that every physician is facing in this current medical climate.

How FIRE is still my saving grace

I am not sure about you, but a 40 percent decline in take-home pay is quite a financial jolt to your household, whether you are FIREd or not.
However, I know I am more fortunate than most because I discovered the FIRE philosophy.

There has always been a debate about whether extra money should be put towards the market or towards paying off a mortgage.

I, for one, am glad I chose the latter as I no longer have to worry about a mortgage payment hanging over my head. For me, this peace of mind made owning “every blade of grass” on my property a priority.

Another vital concept in FIRE has helped ease my financial woes, that of having an emergency fund.

I admit that I previously had the mindset that an emergency fund was a little bit of overkill as I thought I would have a steady, reliable income that could weather any emergency that cropped up.

I hated the cash drag that my emergency fund had, as it could be earning so much more if I deployed it rather than leaving it in this low-interest rate savings environment.

But this emergency fund is now acting as a beacon in this perfect financial storm where investments are crashing all around me, coupled with the threat to my previously reliable income.

There will still be significant financial ramifications on my household because of this pandemic — and likely my FIRE journey — will have to be prolonged.

But, like the rest of the nation, I will pick myself back up and resume my path once the dust settles. 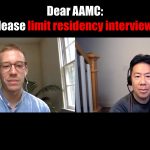