Debby Ann has a pit bull, and I remembered that when she called me recently.  It had belonged to her son, who is now deceased.  He was murdered.  She wants to meet me for lunch.

Debby Ann is a pretty lady, at least she was the last time I saw her. We worked together for a while.  She has an especially pretty face, and nice blond hair.  In her twenties, I bet she was a knockout.  I mean, with a hillbilly sort of beauty, complete with ragged shorts and a colorful shirt (maybe flannel), and even a straw hat, such as you might once have seen on the TV show “Hee Haw.” I imagine you’d look twice, maybe three times, at Debby Ann.

She grew up in Louisville, where I live, in a south end neighborhood.  I know she graduated from some college, or she could not have the social worker job she has.  But she does not present as an educated woman.  Maybe it is her voice — her accent, that leaves this impression.  She sounds very much Kentucky, rural poor.  She has a habit of talking a lot too and is kind of a gossipy lady.  She is cheerful though, and I like that about her.  She frequently laughs also, and this, in spite of a life that at times, has not been particularly upbeat.

I mentioned how she lost her son, murdered about ten years before.  I went to the young man’s wake, spoke to Debby Ann briefly, who appeared to be handling the loss well.  I knew she wasn’t, though.  The wake was in a large room with the casket on the far end of the space.  I didn’t go up close. Too sad.  I slipped out after a few words of consolation to Debby Ann.  I don’t believe she noticed my leaving.  By then, there was a crowd.

The man who killed her son — I believe the killing was drug-related — had been apprehended, and that might have seemed like the end of the story, but not for Debby Ann.  She carefully followed the legal proceedings that led up to a trial, put pressure on the police and prosecutor to see that everything should be done to punish her son’s killer with a hefty jail term, and it happened.  She wanted to be certain that there were no screw-ups, such as a police witness not showing up, for example, for a trial date or hearing.

So for the next year, perhaps longer, she was heavily involved in the trial prep.  Ultimately, the killer was convicted and is now serving a long sentence in state prison.  She saw to it, while remaining active in her social work job at the same time.  I thought it took some grit.

She gave birth to three children, the oldest and youngest, both girls.  The older girl has had a troubled relationship with a young man, and delivered a child, a boy, who was unwanted, and so Debby Ann took him and raised him as her own.  Last I knew, he did not know that Debby Ann was, in fact, his grandmother.  He must know by now.  He is in high school, and attends Trinity High School, one of the two top high schools for boys in Louisville, both Catholic institutions.  I know Trinity isn’t cheap.  She was adamant about it, saying, “I’ll work two or three jobs if I have to afford the tuition.”

Tuesday arrives, and I am about to meet Debby Ann at a small deli-like sandwich shop along Bardstown Road.  It has been awhile.

She is there ahead of me and has secured a booth.

The pretty face is there yet.  It is good to see her.

She tells me about her life, how things are going, but I have to ask questions to get much information out of her.

“The man who shot your boy, he’s still in prison?” I ask, rather abruptly.  I don’t know why I ask, except that the conversation is lagging.

“Nine years now,” she replies. “He’s tried to get out on parole several times, but with no luck.  I watch his doings.  There are organizations where I can go online, and they tell me what he’s planning next.  I think he’s used up all his rights of procedure.  I watch, though.  I want him in for many more Christmases.” I think I remember the shooting occurred at Christmas time.

“And you still have his dog?”

“I do, you remember Shep, do you, Ray?” I never saw the animal, never cared to.

“He is getting gray around his muzzle, but ain’t changed much since I got him.” I think she meant he could be aggressive, as pit bulls sometimes are.

“And your son Johnnie, he must know by now you’re his grandmother.”

“Oh my, yes, since he was six or seven.  His mother and father live close to me now.  So does my other daughter. I’ve got three grandchildren, other than Johnnie.”

She tells me he is now sixteen.

“Does he have any relationship with his mom and dad?”

“He does. He’s over there often.  I heard he called his father, ‘Dad’ and you know, Ray, I didn’t like it.” Her face becomes clouded. “It hasn’t happened since that one time.  That worthless character never did anything that a dad should do.”

“Depends where we are.  Sometimes ‘Grannie,’ and other times, ‘Mom.’ But I’m pretty sure he doesn’t call his father ‘Dad’ anymore.” She didn’t smile, and I know what she means.  I wanted to ask what he called his mom, but didn’t.

Johnnie has difficulties at school.  Mostly it is the feeling that he doesn’t fit in.  The other kids have more advantages, money, cars and better clothes, although she doesn’t mention clothing.

“He wants a car, and I have my son’s Oldsmobile 88.  Needs a lot of work, but Johnnie wants it bad.”

“You know, that Olds has to be an antique by now,” I say. “Worth quite a bit, maybe.  You could sell it and get something more reliable and cheaper to run.” Her face darkens again, and I remember something about her I have forgotten; she doesn’t like to be told what she ought to do.  That Oldsmobile is like the pit bull.  It belonged to her late son, and she is not going to part with it under any circumstances.  Never!

Safe restaurant practices as crisis therapy: lessons from a bartender 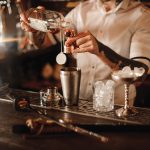 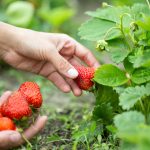