Thinking that it was time to think about what sort of long-term mask I would like to procure to wear in public as the summer approaches, I got to thinking, what sort of mask defines me as a person? Is it the stagecoach robber triangular bandana? Is it a standard medical ear-loop mask? An OR mask has to be tied, and wearing an N95 respirator in public while hospital workers still experience shortages of these seems rather selfish. I sought to look for a face covering sporting the logo of my favorite baseball team only to find out that these were mostly sold out.

Deep in thought over this personal crisis, I realized this week that most of the people in my county have stopped wearing masks altogether. We still have plenty of new coronavirus cases every day, yet people seem to have lost their fear of the virus as governors all across the country have decided to lift many of the restrictions in place through March and April. What’s worse, a large percentage of people are walking around with masks pulled under their chins. Please just take it off if you don’t want to wear it.

Why are people no longer afraid? Is it because we realized that the mortality rate was as low as it is? Such would seem irrational, as what we know about the mortality of the virus has not changed since the virus was discovered in China. Did Anthony Fauci become less credible? Did we simply get tired of losing money while we shelter in place? I think that is our answer.

With all of that said, we still can’t have large public events, and colleges may not reopen in the fall. There seems to be no path back to “normal” unless and until an effective vaccine is available. I still can’t get some people to stay 6 feet away from me in public, which is both frustrating and alarming. If people don’t want to follow instructions, this pandemic will smolder along in perpetuity. Maybe we should have taken the Swedish approach to seek herd immunity if people aren’t going to obey the rules anyway. Did we flatten the curve so much that it will remain a flat line forever? When do we take the “19” off of COVID-19?

Now, we are stuck in this quasi-restricted state in which the airlines and hospitality industry will continue to suffer.

As we consider the possibility for an autumn resurgence, we have to consider that a full shelter-in-place approach may not the best answer. We proved that we could cut new infections to a point where our hospitals would not be overwhelmed, but most of the hospitals suffered so much from the decreased business that they had to reopen most of their services or risk bankruptcy. Now, many hospitals test everyone coming in for outpatient services, but so many of these hospitals won’t test all hospital employees, which seems to many as self-serving, as denying widespread employee testing avoids having to quarantine their own personnel. It seems that hospital employees would be more likely to be carriers.

Many of us have rightfully referred to hospital workers as heroes because of their bravery, yet some of these heroes have been sacrificed by the crisis. A friend of mine has been a physician assistant for a private anesthesiology practice for over ten years, yet her group is considering terminating her permanently due to lost revenue.

As much as I respect Dr. Fauci’s expertise, I feel like we need to hear from another economic expert to balance out the economic effect of all of our decisions. I don’t think that economic concerns should necessarily over-ride public health, but I feel as though we owe it to ourselves to maximize our knowledge base. Lives are harmed through unemployment, and we must also remember that as people have feared hospitals, mortality has likely increased from conditions that should have been treated in the hospital. I just diagnosed a new brain tumor last week in a patient who delayed coming to the hospital. We can’t count these deaths as easily as we can count coronavirus-related deaths.

As much as my productivity is positively influenced by working at home, I do hope that we can return to some sort of normalcy in the very near future. As I have said before, I believe that this pandemic is an audition for something worse. We need to keep researching viruses like these and need to enhance our public health resources to prevent the next one. We need to elect politicians who support public health.

In the meanwhile, I think I am going to hire someone to make me a mask that best reflects my personality. We need to focus on livelihoods as well as lives, and if I can do a small part to contribute to the economy, this is the best win-win solution at this time.

Empathy is a crucial component when working with older adults [PODCAST] 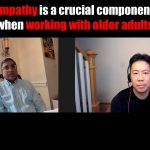 We should be collectively tired as a society 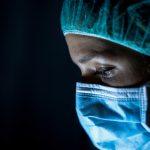