Patricia, she is maybe 40.  She is mentally ill.   Her mother was shot while cooking in her kitchen with a rifle someone was fooling with, and the weapon went off.  Patricia was there to see her mother’s head just about blown off.  She was 16 then.

I don’t know why I mention the long-ago shooting, except it never goes far out of my mind when the subject is Patricia.

Persons like Patricia live outside a place of permanent confinement — an institution — because society dictates that it be so.  The goal is to keep Patricia and many people like her halfway functioning and out of jail and hospitals, which are, we all know, very expensive places to house people.

So what does all of this mean? Well, it means we do things for persons like Patricia, which might be considered out of the ordinary, even in my social work world.  We begin by handling her money (being her payee), and obtaining money for Patricia is a total preoccupation (as it is, I suppose, for most of us). She does not get very much money, exactly $552.00 per month disability payment called SSI.  Out of that, $552.00 is taken her rent, $169.00 per month. Patricia lives in a subsidized housing project, public housing it is, high rise housing, and as such complexes go, it is pretty well run and reasonably safe.

Also paid out of the $552.00 is phone service, cable too, if she has it, and until recently she had cable in abundance. Then there must be money for food and money for other essentials (for Patricia getting her hair done is essential).

After I pay the rent each month, I deal immediately with her phone bill.  Because she is mentally challenged, she could pay as little as $13.00 per month for a phone, but it never happens that way.  I am fortunate if the statement is not sixty dollars or more, and I have seen it well above three hundred.  She orders a beeper to carry around with her, which I insist be returned.

“I can’t keep returning the stuff you order,” I tell her. “I don’t have time.”

“Please, please don’t let my phone be cut off,” she replies.  “I won’t order any more services.”

Yeah, I think, until the next time, when someone calls trying to sell her anything over the phone.

Sometimes, though, Patricia initiates the calls.  She sees a TV ad that says she can get a check for fifty dollars if only she orders a certain service, and of course, she calls and puts in an order right away, not understanding, or not fully so anyway, that there are consequences for her getting the fifty dollar check.

The cable service is another nightmare because Patricia’s cable costs routinely exceeded $100.00 per month.

Patricia is on the phone to me, no lie, literally every day begging for more money, money that does not exist.  I explain over and over again there is only $552.00 in her account each month, and if it gets spent on phone bills or cable costs, well, I can’t help that.  She goes to other agencies and says she has no food, and I get critical calls, accusatory calls sometimes. What in the world are you doing with Patricia’s money?

When I get such calls, and I get them fairly often, I don’t even need to look at her case record; I have memorized the figures.

“You can’t be serious!” is my comeback.

I explain.  “I have fifteen persons from my caseload for whom I am payee. Probably half could handle their own cash, but Patricia is not among that half.”

A person like Patricia, if she can get a doctor to write such a letter, can become her own payee, no matter her prior history.

I know almost for certain, Patricia will not do well handling her own money.  I explain all of this again to the lady at Social Security.

I tell her of some of the problems I see developing.  I think Patricia will be broke by mid-month, desperate for money for food and rent, and then become frustrated and possibly suicidal. Nevertheless, the answer remains the same. The change is to be made.

The supervisor asks for a letter from our psychiatrist outlining the concerns we have about changing Patricia’s payee status.  That evening at home, on behalf of our psychiatrist Dr. Ames, I write such a letter.  I know he will not find the time to write a letter himself.  The next day he signs the letter I write.

A week later, we have the decision.  We and Patricia are notified that effective the first day of the next month, Patricia will become her own payee, handle her own money.  This happens in October.

Patricia is in my office a few days before Thanksgiving to tell me she has no food, no money, and has not paid her phone bill for November or bought her $23.00 bus pass for the month.  She does not mention her rent. That same day – Dr. Ames – comes to see me and says that from now on, Patricia must come in daily for supervised medications because she is reporting hearing voices, feeling suicidal, and is severely depressed.   I can tell that Dr. Ames does not remember the letter I wrote to Social Security in his stead. 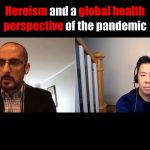