Two years ago, my wife and I spent our 20th wedding anniversary in Charleston, SC, a city steeped in national history, both good and bad. Nothing could be more iconic of good history than Fort Sumter, and nothing more iconic of bad history than the Old Slave Market on Chalmers Street. We learned a great deal about how our country grappled with its shortcomings. The Great American Experiment, through blood and war and the suffering of many, resulted in a more just society. I am glad both of these historic structures still exist.

In Charleston, I also learned about my family history, both good and bad. My namesake, General Andrew Pickens, was a hero of the American Revolution in South Carolina. My direct ancestor, the general’s brother, was a captain in the Revolutionary War and died fighting for this country. This is good history. These two men did something historically important. Something good. They were not perfect. They were slave owners, but despite that, many of their actions were good and foundational to the United States. A more distant relative, Francis Pickens, was the governor of South Carolina when South Carolina seceded from the union during the Civil War. I wasn’t offended and did not feel guilty hearing this. I was not part of that man’s life. But as history goes, his was clearly not the just side. Good and bad, this was all part of my family history, but it does not define me.

History cannot be changed and should not be erased. The First Amendment was placed first for a reason. It is the bedrock of our nation’s ability to overcome despots like Hitler and to abolish slavery. However, it comes at a price. You may hear things you don’t like or make you uncomfortable. You may see statues or places like the Old Slave Market that offend you because of what they represent. But you also see works of art like the Declaration of Independence. You cannot have one without the other. To limit speech or erase history because you do not personally like it, or because it doesn’t fit your narrative is a step towards liberal and/or conservative fascism. Personal liberty is sacrificed.

Seeing statues fall, books being burned, buildings defaced because of the name of the building, does offend me. To do so as a mob outside of legal avenues is oppressive. It offends the deep-seated value I see in the power of history, good and bad, to help form a more just society. The “cancel culture” seems bent on violently erasing parts of history that it deems repugnant, but fails to recognize that open free discussions about those less just times or imperfect people can add to our learning and healing. My voice should not be silenced. I should not be considered an “ally” or an “enemy” based on reasonable but different views I hold than you do. Open discourse between individuals about history and its very complex characters should be welcomed. We individually should not be seen as “all good” or “all bad.” Nor should our country.

Learning from our history and evolving does define us and our country. The United States has been making this journey for almost 250 years. It has been a beautiful and, at times, a horrible thing to watch. But atrocities from our country’s past do not define what we are today. Individually and as a country, we are a mix of good and bad. Do not judge groups by the actions of a few. Do not erase history because we do not like what we see. Do not discount the United States because it has shortcomings. Engage each other. We are all in this together, and, just like the police, each of us individually, the constitution and our country, we are a mix of good and bad. The key is trying to get better without sacrificing who you are or the liberty of others. And always remember, we are fortunate to live in a very unique and wonderful country where we have the freedom to speak our minds.

Andrew Pickens is an emergency physician. This article originally appeared in the Charleston Post and Courier. 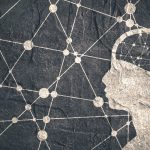 Take yourself as you know you can be: a message from residency educator