As medical students with backgrounds in public health and global health care operations, we were shocked by the action on the part of the Trump administration to defund the World Health Organization (WHO). This decision undermines the global community’s progress in combating the COVID-19 pandemic and will ultimately cost the lives of thousands of individuals. To appropriately support the WHO, it is critical to understand its vital functions and limitations, as well as how we may improve its capacity to deal with a global calamity in the future.

The WHO functions, in essence, as a unified body of health care workers, researchers, and policymakers collaborating to improve health around the world.

Their ability to broker public-private partnerships and support countries with high burdens of preventable diseases has transformed health care over the past 70 years. The global burden of infectious diseases such as malaria or HIV/AIDS is at their lowest rates in history, in great part due to the coordinated efforts run by organizations such as the WHO. Yet to understand this success, it is important to understand how previous epidemics and pandemics have affected the WHO’s response and responsibility to the global community.

The past: the Ebola crisis and WHO response

The Ebola epidemic in West Africa highlighted the role and limitations of the WHO in outbreak response. The WHO’s constitution reveals their outbreak response has limited operational ability and instead focuses on support services, including data sharing, technical advice, health care worker training, and vaccine development. The operational response is instead viewed as a task of the country facing the outbreak. Additionally, much of the WHO’s funding comes from private donations earmarked to address specific causes and, in turn, puts budgetary constraints on their spending on containment. The lessons from the Ebola crisis’s uncoordinated and limited response lead to the creation of the Health Emergencies Program, aimed at building regional capacity to detect and respond to emergency health threats.

This includes member states conducting exercises to test response processes under simulated conditions. Through their charter and track record, it is clear the WHO’s aim in outbreak response is to be a center for guidance, information sharing, and training to create a coordinated response.

The present: COVID-19 communication and centralization

As COVID-19 continues to spread, countries have implemented plans to contain the spread with varied success. Taiwan and South Korea, who had first-hand experiences managing the SARS and MERS outbreak, respectively, have implemented the lessons they learned from these previous outbreaks. Taiwan’s success stems from the rapid response of the already developed National Health Command Center, which allowed for rapid mobilization and production of proper PPE, testing kits, and screening techniques like video-recordable infrared thermometers. South Korea pushed widespread testing by opening 600 testing centers within a week of its first reported case and contact tracing via credit/debit cards, smartphones, and CCTV. These countries followed the WHO recommendations to form a centralized response, providing evidence to the need for a standardized global system.

In contrast, Italy lacked a uniformed approach to containing the virus because of the division and disagreement between the regional and national officials, as well as differential responses and policies between regions leading to incomplete data collection. The different measures ultimately resulted in confusion and poor allocation of resources. The United Kingdom took a radical approach based on the herd immunity theory. By exposing a large portion of the population to COVID-19, the hope was to build immunity within the population and prevent future infections. Although theoretically possible, this is an unrealistic approach as it requires a vast majority of the population to be infected.

To further demonstrate the value of the WHO, in Iran, U.S.-led sanctions prevented the country from importing the necessary PPE and medications needed to combat the pandemic. Outside programs like the WHO had to step in and were able to nearly double the number of testing facilities within five days. The ineffective response highlights the need for organizations to enhance coordination.

The future: Why the WHO now?

When looking at the past and present of the WHO, it is clear that they have had their hurdles. Instead of defunding them, it is time to double down and build on the foundation they have laid for the future. For the WHO, that future is health equity. In a historic public-private partnership, they have created the Access to COVID-19 Tools of (ACT) Accelerator that aims to ensure equitable global access to new COVID-19 essential health technologies, including vaccines and therapeutics.

Historically, when effective tools to combat disease are created, they are limited to high-income countries. The ACT accelerator creates a supply chain that would allow for technology delivery across all regions. Moreover, the WHO plays a critical role in slowing the spread in the developing world that has limited access to personal protective equipment, health care workers, epidemiologists, and sanitation supplies. Without the U.S. funding that makes up approximately 15% of the WHO budget, these activities would be severely compromised.

This pandemic does not discriminate. The most successful of countries have proven that a coordinated, centralized system fares better than a fragmented one.

While an effective response will be complex, it can be simplified to the WHO, the what: coordination, the where: the global community, and the why: Because in an interconnected world, a centralized and systematic approach is the only way to a solution.

As future physicians, we will be walking into the ramifications of the decisions made during this pandemic. Our perspective, both as clinicians and with advanced degrees in global medicine, allows us to view this as an opportunity to improve our lines of communication and create a more unified global health system that addresses inequality. We are only as safe as our least protected, as susceptible as our most exposed, and strong as our most vulnerable.

Protect our medical trainees during the pandemic [PODCAST] 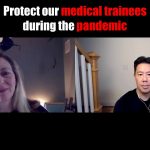 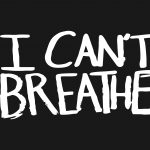