Until about 50 to 100 years ago, the tradition was to name diseases after the doctors who used to describe them for the first time. Such diseases are called eponymous diseases. There are numerous examples, such as Alzheimer’s disease, Marfan’s syndrome, and Wilson’s disease, to name a few.

Often, specific signs and symptoms were named after certain occupations, sports or other traits.

For example, athlete’s foot is a fungal infection of the area between the toes that often happens to active people such as athletes. Tennis elbow is pain that can develop in the elbow after performing any repetitive activity but originally associated with playing tennis. (When I got tennis elbow, my brother often joked that is when he realized that you don’t have to know how to play tennis to develop the elbow!) Achilles tendonitis is named as such because, in Greek mythology, Achilles’ mother dipped him into the holy river holding him upside down and rendered him invulnerable. Only the heel was spared because the water did not touch it. Eventually, a poison laden arrow hit him in the heel leading to his death.

A gamekeeper’s thumb is named as such because, in Scotland, hunters used to kill animals such as rabbits by breaking their necks between the thumb and index finger, resulting in having pain in the thumb. Jock itch is a term used to describe a fungal infection of the groin that happens to a jock (athlete), especially when wearing a tight-fitting jockstrap, which is a type of sports underwear.

With time, the tradition changed. Now, new medical discoveries are named such that the name in itself describes the actual physical findings of a disease and is typically not named after the person who describes it. For example, Sweet’s syndrome named after Dr. Sweet is now called neutrophilic dermatosis, and the list of such examples is long.

There is a renowned hematologist Dr. Alok Khorana in Rochester, NY (who has since moved from here). He is well-published, but I think one of his greatest achievements is to actually name a blood-clot prediction model after himself in present times. It is widely known and published as the Khorana Score.

The 1918 flu pandemic is most commonly called the Spanish flu.

Naturally, one would assume that the flu likely started in Spain. But this is not true. It turns out that Spain remained fairly neutral during World War I. As a result, the media coverage was relatively free to report the actual facts and did not have to go through censorship as strictly as some of the other countries that were actively involved with war propaganda.

Therefore, most people learned about the pandemic through Spanish newspapers and assumed that it must have originated from Spain.

The COVID-19 pandemic was intentionally not named the Wuhan disease despite reports of the first major outbreak, which would bring a bad name and stigma to the place for centuries to come. Donald Trump still made attempts to call it the Chinese virus. I’m not sure if doing so can serve any beneficial purpose.

The virus is from a family of viruses called the coronavirus family that means “crown-like” because that is what the virus looks like under a special microscope – having crown-like projections. COVID-19 is the name of the disease that the virus causes, an abbreviation for coronavirus disease 2019.

Other than bringing the world to a stand-still, the pandemic has also served to place a “seal of approval” upon the digital revolution of the last decade. The world was already going through the exponential growth of life being taken over by digital means.

However, with every new invention, there is criticism despite growth and convenience. I can easily imagine that when the microwave oven was new, people would have been reluctant to warm their food in it worrying about “rays” or other unknown ill effects.

When the car navigational system was new, people would say that if you use the GPS, you cannot “learn” your way in a new town, which was considered to be an inadequacy.

Similarly, although everybody uses smartphones ubiquitously in their lives, you can see criticism of their use and how it has changed how we interact and perhaps destroy physical relationships. Nevertheless, there always has to be a balance between innovation and tradition.

One should always be open to innovation and embrace it readily while keeping an effort to revive tradition until innovation becomes the new tradition. The smartphones and the digital means have helped us endure this pandemic in ways that would not have been possible. Doctors are seeing patients online, shopping is being done without going to grocery stores, banking is at the tips of our fingers, concerts and family gatherings and book clubs are taking place in cyberspace, and life is getting by. The “hands-on” jobs are still suffering but perhaps not as bad as if there were no digital means.

I am a physician, and in the last few days, I have developed pain in the outer side of my thumb. I was scratching my head to think about what physical activity I might have done that is giving me this symptom. It occurred to me that I have been using my smartphone for several hours every day, which is the reason why I have developed this annoying pain. Now if this was a hundred years ago, I would have made an attempt at naming this symptom after myself and would have tried to publish it as Farhan’s thumb, but I will stick to the contemporary practice of naming it after the cause or description of the illness — and it can thus be called “the smartphone users thumb.” 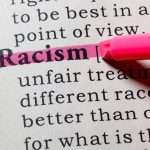