The Match is a stressful time during any physician’s life. Applicants study for, arrange for, and lose sleep over their USMLE steps, their letters of recommendation, and their personal statements. The matching process is particularly difficult during a global pandemic.

As COVID-19 spread in March 2020, all USMLE testing was suspended. Applicants were reassured that tests would either be rescheduled, or that an alternative testing format would be proposed. The National Board of Medical Examiners has managed to restart testing for Step 1, Step 2 CK, and Step 3. Step 2 CS, however, with its unique clinical component, has been suspended for the next 12 to 18 months. As Step 2 CS has been a prerequisite for beginning residency, test suspension for up to two seasons nearly shattered the dreams of applicants in the U.S. and across the world. This suspension particularly impacted international medical graduates (IMGs), who must pass the exam before becoming certified. Under current guidelines established by the Educational Commission for Foreign Medical Graduates (ECFMG), IMGs must be certified before they are able to participate in the Match or to take Step 3.

Fortunately, many national organizations have proposed solutions for the absent Step 2 CS. Many medical boards have worked with residency programs to facilitate applicants taking the exam during residency, and have called on medical residencies to temporarily waive the requirement that students have Step 2 CS before entering their programs. The NRMP does not have it as a prerequisite for matching. The NRMP does, however, require that IMGs have certification from the ECFMG.

The ECFMG has maintained the requirement that applicants pass Step 2 CS before certification. In an attempt to accommodate for an absent Step 2 CS, the board has allowed for five alternative pathways which do accommodate a certain number of candidates. Unfortunately, these pathways are severely restrictive. While some IMGs were relieved when the news was announced on June 17, many were devastated.

One pathway allows for physicians with unrestricted medical licenses to apply, thereby excluding applicants with degrees from countries that do not provide full licenses until after residency. Many applicants come directly to the United States to gain U.S. clinical experience, and thereby have no opportunity to earn a full license even in the countries which allow licensure only after 1 to 2 years. Visa, time, and travel concerns – exacerbated by the current pandemic – make it impossible for many students to return to their degree-awarding countries to obtain licensure. This provision’s value when determining an applicant’s clinical capabilities is also questionable, as the requirements of licensure vary widely across the world and do not capture a consistent group of residency applicants.

Another pathway requires that medical schools be registered with the presently incomplete World Federation for Medical Education (WFME) directory of accreditation agencies. The WFME accreditation process was meant to be completed by 2023; however, this deadline was delayed until 2024 because of the pandemic. By making an exception for the 2020 to 2021 match cycle, the ECFMG is deviating from its stated use of the established and comprehensive World Directory of Medical Schools and is thus neglecting students from across the world. India and Pakistan, home to the two largest groups of IMGs applicants, are not currently represented by the WFME. The majority of African, South American, and European countries are similarly unrepresented. Unfortunately, the WFME directory’s current incompleteness renders it ineffective for the current cycle of applicants.

Still, another pathway bars applicants who last took a step before 2018. The uncontrollable process of applying for and being granted a Visa has prevented many applicants from traveling to the U.S., and has thus delayed their Step 2 CS. This unexpected change in time limit breaks with the typical 7-year expiration for completing all the steps, and in turn, deprives IMGs of an equal residency opportunity.

Even if applicants qualify for one of the five pathways, many students have retroactively been excluded from applying. The ECFMG typically allows for 6 (to be reduced to 4) attempts on any step, as is true for American medical graduates (AMGs). Now, unlike their AMG counterparts, any IMG applicants with more than two attempts on any step are automatically disqualified.

Many IMGs have been abandoned by these provisions. We have made a list of recommendations to make the process fairer. Two days after ECFMG’s announcement, over 6,100 signatories across three petitions have come together to try to find solutions. They are reaching out to the medical community and authorizing boards to modify the proposed pathways to better serve IMGs and their future patients.

IMGs answered the call for help during COVID-19. Across the country, where there was a need, IMGs reported to their local hospitals to be of service to this country. For months, IMGs and AMGs have worked together on the front lines of the pandemic; on June 17, many IMGs were surprised to be excluded from the Match. They were disappointed to be left behind by these restrictive pathways despite their best efforts to meet all required qualifications.

We, the impacted IMGs and their allies, are depending on widespread support to expand possible certification pathways. We want to offer our help as the pandemic continues, but we cannot do so if we are held back by exclusionary rulings.

We are asking you for your support in modifying the pathways that are a fair attempt at addressing the suspended CS as they currently fall short of truly representing the IMGs who have devoted years of their life to practicing medicine in the United States.

We, therefore, kindly invite you to review the recommendations as well as the proposed alternative assessment methods outlined in this petition.

A physician learns from the lessons of running 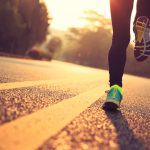 Confessions of a non-clinical ID physician during COVID-19 times