“Your patient just had their 6th no-show, this exceeds our policy limit, please call to investigate barriers to care, also we recommend formal dismissal from the clinic.”

The message regarding one of my obstetric patients was waiting when I opened my inbox this morning.  In our primary care office, we have a policy regarding “no-shows”: Patients who miss a scheduled appointment without calling ahead to cancel or reschedule.  Three strikes and you’re out, find yourself another doctor. It’s a good policy overall, protection of provider time and office resources, and all of that.

I knew all about this patient and her barriers to care.  I had officially been her doctor for the pregnancy before this one as well, although as she spent most of it in jail, I had actually only met her one time before I showed up to deliver her baby.  I had been more hopeful with this pregnancy as she’d initially made it to several OB appointments in a row, but now again, the messages were appearing more often than the patient.

She battled drug addiction and toxic relationships and subsequently did not have custody of any of her children.  Currently, she was working closely with a parole officer who frequently sent me harried texts with specific concerns.  My nurses and I usually had difficulty making contact when she’d miss appointments, her given phone number often disconnected. I’m sure I can’t imagine the extent to which the organization of a regular doctor’s appointment contrasted with the chaos of her everyday life.  However, at least so far, she’d always reappear.  Apologetic and sincere.  Wanting to get clean.  Pledging to get help.  Back involved in her church and begging to pray together at the end of our appointments.  And each time I squeezed her hands in the exam room and petitioned the Almighty to break the chains, I really believed he could.  And each time I think she did too.  But there was always something precarious about the air around her, and each time I’d end up here again, deleting messages and calling a phone number that couldn’t be completed as dialed.

The most basic of questions regarding whether people can truly change creeps around the corners of my mind as I work with the patients of St. Joe.  I actually know the answer, I know that they can.  Such is the chief objective of the Creator of all things who I desperately and genuinely believe in.  Such was his work among the ancient counterparts of these patients as recorded over and over again in the old stories. Cheaters giving back four times what they’d cheated.  Gluttons and drunkards returning home.  Murderers becoming evangelists.  Loose women making it into the genealogy of the Lord himself.  And on it goes.  Evident change.  Lives that were one way and then were a different way.  And I dare not have the audacity to stand up to author of this transformative hope and question its power or potential.  Or to possess pride that glares so bright it prevents me from recognizing my own extraordinary debt to him.  But to walk among the marginals of society, as we tend to do in residency, is to carry the heavy weight of the question still.  Picking it up again and again even after I try to put it down for good.  It reverberates off the walls of my mind every time I admit an acutely intoxicated patient with an AKI and the label emergency department high utilizer next to their name. It’s there when I try to help my hospital patients with discharge planning only to find out that even the homeless shelters and rehab centers in town won’t take them.  It follows me home from a clinic appointment where I find out that my newly pregnant fifteen-year-old patient is only fifteen years younger than her own mother.

The question of these no shows and their capacity to change possesses devastating potential to embitter and discourage if left unchecked.  This is the in-between remember, and it is easy to succumb to the shortsightedness that is so prevalent here.  Instead, the book recommends spreading the seeds of hope we’ve been given everywhere we go freely, trusting that the kingdom is coming.  It advises straining hard for a more accurate perspective in order to recognize the lunacy of depending on ourselves for the establishment and growth of those change seeds.  This is the tension of the in-between.  Often anticipating, sometimes realizing.  The not yet.  The dim mirror.  The incomplete.  And those of us who often find ourselves on the receiving end of the acute phase of crisis feel it especially.

I typed up a brief response to the no show memo, hit reply, and then deleted the original message. It’s not that I am a fan of wasting time and resources, but for now, I have a general personal policy to never dismiss pregnant patients. I’d have to try to address her barriers to care.  Again.  Our clinic tended to be a safety net for health care in the city, if I dismissed her, where would she go?  I do believe people can be changed.  Also, help me when I really don’t believe it.

Erin Hoffman is a family physician. 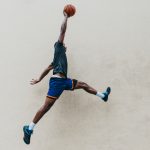 Dr. Fauci is being used as a political pawn. It's time for that to stop.