With any new illness comes metaphor. It is humanity’s attempt to incorporate the mystery of disease into our own stories. We like to personify illness, give it human characteristics as a way of visualizing it. We name its actions to help lessen its unpredictability. Tuberculosis consumed. Syphilis punished. AIDS invaded. Cancer grows. COVID-19 quarantines separate and spread fear.

How long does it take for a disease or illness to become a metaphor in our language? Watching the pandemic unfold, I would say it takes about 3 to 4 months. The creative genius might be almost immediate, and then the viral spread of these new terms takes a bit longer to be incorporated into the flow of social media. When you look at current headlines, you see COVID and Coronavirus being used as adjectives and verbs and morphed into new words. I wonder if this is society’s way of trying to master the illness?

It is fascinating that Merriam-Webster added 535 new words to their online dictionary in April with this explanation, “A new word is entered in our dictionary when evidence shows it in frequent use by many writers. Usually, this process takes at least a few years, but there are extraordinary cases when a new term enters the language and immediately becomes part of our collective daily vocabulary. Such is the case with the language of the current pandemic.”

Here are just a few of the more entertaining words that are part of this pandemic newspeak:

Covidian (noun) is a new term listed in Urban Dictionary: An individual who wears a mask and surgical gloves in their car, follows the direction of the arrows on the supermarket floor, reports, and or calls out others who are not properly socially distancing.

A coronator (noun) is someone who has recovered from coronavirus infection.

Coronials (noun) will be the next generation of children who were conceived during the pandemic.

A covidiot (noun) is used to describe an individual who makes a poor choice in behaviors that places them and others at risk of catching COVID-19.

Cornteen (noun, verb): A play on the word quarantine or a teenager who is having a hard time social isolating during the pandemic.

Coronate (verb) is a word used in a situation where someone sneezes continuously in the public.

Coronacation (noun) is what happens when events, vacations, and work shifts are canceled or when parents are required to work from home and teach their children.

Coronageddon (noun) is a term used to describe the pandemic devastation of the world economy along with other aspects of society.

Covidian worry (adjective): The type of worry and depression that rapidly and virally spreads during times of uncertainty, such as during a pandemic.

Covidian selection (adjective) is the “Darwinian process in which we do more remote work and spend less time kissing colleagues. More fundamentally, it tells us to anticipate a world where we are less complacent about infectious diseases; the science is taken more seriously, our institutions are better resourced and, who knows, the life sciences industry is more valued.” (Brian D. Smith)

In pondering these new terms, I wonder if we are on the brink of a new type of human being, Homo coronicus? The binomial name Homo sapiens was coined by Carl Linnaeus in 1758. In Latin, Homo means human being and sapien means discerning, wise, and sensible. Does that still describe us today? Are we better described as fearful, self-interested, and uncertain? Or perhaps compassionate, self-sacrificing, and adaptable? During this pandemic, each of us has observed a wide range of behaviors and experienced numerous emotions. All of which come with being human. Over the past several weeks, I, myself, have been frightened, brave, angry, upbeat, worried, level-headed, sad, irritable, and tolerant, to name a few. I like to think of Homo coronicus as the “crowning” achievement of humanity. Now more than ever, we have proven our resilience, adaptability, creativity, and resourcefulness. Have we done it perfectly? No. Is there room for improvement? Yes. Might we still be fearful and worried at times? Absolutely. But, I know one thing that happens eventually, as illnesses recede their metaphors become obsolete. I implore each of you as members of Homo coronicus, to watch for receding metaphors for that is when COVID-19 will have been conquered.

Susan MacLellan-Tobert is a pediatric cardiologist and can be reached at Health Edge Coaching. 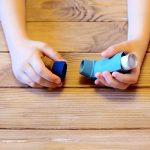 A gut punch against COVID-19?