As my surgery rotation commenced, I fully expected to be immersed in the unfamiliar territory of “scrubbing in” and “sterile fields.” While I discovered the difference between vertical and horizontal mattress sutures, two specific patients I encountered on this rotation opened my eyes to issues beyond the operating room (OR).

After scrubbing out of a four-hour surgery, my attending requested I begin a consult in the emergency department for a possible bowel obstruction. I quickly donned my white coat, instinctively creating a list of differential diagnoses in my head. Out of breath from stumbling down six flights of stairs, I asked the nurses to direct me to the patient’s room. Without hesitation, one replied, “The prisoner is in room 7.”

Slightly taken aback, I continued down the hall, contemplating the novelty of having a prisoner as a patient. Peeking through the door, I saw a thin Hispanic male handcuffed to the bed. Two correctional officers equipped with protective vests and firearms stood close. Initially, I felt uneasy, but I swiftly became more comfortable as I began my H&P. He introduced himself as J and explained his ten-year history of Crohn’s disease, describing his persistent abdominal pain, but stating this time the pain was significantly worse. Shocked his symptoms had persisted for two weeks before being brought to the hospital, I queried what the attending prison physician had done. J softly admitted, “Nothing.”

I was in disbelief. How could a physician do nothing for a patient who was clearly ill? As I inquired about his medications, J fell silent, nervous to tell the truth: He had not been on medication since the beginning of his sentence four years ago. Recalling the devastating effects of untreated Crohn’s, I probed further. I learned the physicians at the prison were unable to prescribe expensive biologics without proof of diagnosis. Tears streamed down his face as he described efforts to provide them with a contact number to confirm his disease, all to no avail. The correctional officers, sensing my frustration, mumbled that prison physicians are very busy and overworked, causing “certain matters to unintentionally slip through the cracks.”

The following morning, whispers consumed the OR. A correctional officer sat in the corner. I wondered why the officer needed to be there. Is this breaking HIPAA? J had already been anesthetized and stripped of his clothing. What about J’s privacy? I overheard, “I wonder what he’s in for?” and “How long is his sentence?” During the operation, we discovered adhesions from the severe inflammation had caused a small bowel obstruction. Resection was the only option. I then realized, if not for his imprisonment, J would have been taking his medication. My mind raced: Would we be performing this procedure if J had not slipped through the cracks? Why were the cracks in medical care still wider for some individuals than for others?

The next patient was a black Muslim woman, Mrs. B. My attending again sent me to gather the H&P. Knocking on the door, I heard a voice nervously exclaim, “One second, let me cover myself.” Unsure what that meant, I waited. Stepping into the room, I saw a black female wearing a hijab. Speaking in perfect English, she said, “Oh, sorry, I thought you were a man. I am Muslim, so I have to cover my hair in front of men.” As we talked, she described typical symptoms of acute cholecystitis. I learned she had recently moved from New Jersey and eaten more fried chicken than she had in her entire life, attributing her symptoms to this change in diet. She admitted this was her first surgery and was afraid. Hearing the concern in her voice, I decided to share with her my experience. I told her about my cholecystectomy two years before. Her tone immediately changed as her worries eased.

As Mrs. B was escorted into the OR, the scrub tech explained she must remove her hijab. She glanced over at me before reluctantly agreeing. She evidently felt uncomfortable, but understood removing it was necessary for her safety. With the final suture tied, just before the nurse opened the door, I gathered the courage to ask, “What about her hijab? Shouldn’t we cover her hair?” The nurse replied, “She’s still asleep, and recovery isn’t far from here.” I immediately felt a sense of guilt. How would she feel if she awoke without her hijab, knowing she had been exposed to a room full of people? To what length do her personal needs have to be sacrificed in order to provide her medical needs? It dawned on me the gravity of humanity in medicine: a patient’s medical needs must be balanced with his/her personal needs.

Physicians devote years of training for our profession. Despite the journey, our calling to serve prevails. These two patients are a reminder that we are to serve all patients equally, without allowing our implicit biases to hamper our ability to do so. How can we respect the Jehovah Witness’ decision to refuse life-saving blood, yet not treat the Muslim woman the same? Is it because we do not share the same beliefs, somehow making hers less important? What about the prisoner? Why were his medical needs ignored? Is he less human?

We take an oath to abide by justice, regardless of background, race, religion, gender, or sexual orientation. It is imperative to recognize and reflect on our internal biases and face them head-on. Each individual must search for the root of their biases in order to strive to overcome them. This requires educating oneself about a different culture or religion, giving the labeled “drug seeker” the benefit of the doubt, or recognizing that a person’s skin color or past does not define them. Turning a blind eye to the microaggressions and cultural insensitivities plaguing the healthcare system is not how we progress. As physicians, we have a responsibility to care for our patients; as human beings, we have a responsibility to deliver that care with empathy and without prejudice.

Yasmine Humeda is a medical student. 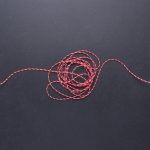 Wellness during the COVID-19 crisis

Patients who slip through the cracks
1 comments