We all love a good conspiracy theory. Did a man really walk on the moon? Who really killed JFK? On and on. The medical conspiracy theories have also been around. The anti-vaccine movement has left many children vulnerable to preventable life-threatening diseases. The COVID-19 pandemic has elevated conspiracy theorists to the point that they have planted the seeds of doubt in one too many Americans. Social media has been inundated with ludicrous claims of the origin of this coronavirus, and then many physicians and scientists are left to retroactively dismiss the claims with science and facts. However, the damage is already done.

We are not to be trusted. We are the puppets. We are the beneficiaries of mass casualties. We are making money by artificially and illegally listing COVID 19 as a cause of death. We want to push for mandatory, deadly, still not created vaccines on the masses. These lies are what are being perpetrated in the social media universe.

We have somehow become the scapegoat and enemy, while many physicians have literally put their lives on the line with minimal personal protective equipment and separated themselves from their vulnerable family members for weeks so that they would not bring home a deadly virus. We are known as heroes by some, enemies by others. Applause being met with protestors yelling. Yet through all this, we have a duty as physicians. First, do no harm.

I have recently come across people in my life who hold such antagonistic views of physicians and the medical community. At first, I was dumbfounded, and then I became angry. Now I am thinking, how do we go to battle? How do we get ahead of the conspiracy theories and advocate for evidence, science, and ultimately the truth? It is easier to accept a conspiracy than the truth because the truth carries all our fears. It is easier to blame a person or an organization than to come to grips with the eventual fate of our existence. It is easier to deny climate change than to accept that we will eventually be drowned away from rising ocean levels.

The clickbait world that we live in has made this phenomenon worse. People “research” via YouTube videos of sham figures who are out to make some dollar bills. This mistrust of science and the medical community needs to be addressed with a multi-system full force that is unified in its mission. Yes, social media has to do more, but in the meantime, what can we do? I am emotionally and mentally tired from educating people about each and every conspiracy theory.

A campaign focused on empowering ourselves with the truth is what is needed. Students in K-12 and in college need a curriculum in fact-checking. Just because 6-year-old Mike said he swam with sharks, does not mean he is telling the truth I tell my kindergartner. My 8-year-old is scared he will never go back to school. If I tell him it’s a hoax because of corrupt healthcare officials in the government, will that make him feel better? Of course not, and that is why I have empowered him with the truth on the progress we are making with vaccine development.

We, as physicians, know that just because COVID-19 is scary, it does not mean we stop fighting. We get to the lab to perform critically needed research, we get to the ICU to administer medications, we get to our computers to analyze peer-reviewed research, and we get to the bedside to hold our patients’ hands. Fighting a disease that we know little about can seem scary, but the American thing to do is to stand up united and fight. That is the message needed across our airways and our social media platforms. 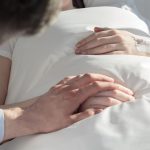 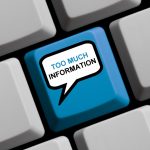