Around three weeks ago, my 72-year-old patient, Mr. J., woke up feeling severely short of breath. He felt unusually tired, noticed a dry cough, and felt achy in his arms and legs. Suspicious of COVID-19, he and his wife called an ambulance and went to the nearest New York City emergency room.

At first, the doctors too thought it was COVID-19. However, a chest X-ray, CT scan, and a series of tests confirmed a different diagnosis: idiopathic pulmonary fibrosis (IPF). He was sent home with a list of medications, an oxygen tank, and directions to follow-up with a pulmonologist.

A few days later, we touched base over video chat. He looked pale and still seemed short of breath, but said that he was doing better than when he needed to go to the ER. We first discussed what the disease is: how scaffolds of scar grow around the tiny air sacs in the lungs similar to scars on the skin after a cut. His next question to me was: So, what causes this?

But, I didn’t have an answer. I explained that there were certain risk factors such as smoking cigarettes, genes, and occupational hazards that made someone more likely to get IPF, but the exact cause was unknown — hence the name “idiopathic.” He looked disappointed, utterly dissatisfied. And after a few silent seconds, said: “You mean, this is my fault?”

The more I study medicine, the more I realize how many unknowns there still are in understanding the causes and mechanics of disease processes. Yet, to explain the unknown etiology of an illness, our profession simply terms it idiopathic and tags it to a diagnosis. This is of great significance, however, as studies have repeatedly shown that people find comfort in having a diagnosis to make sense of their illness — it provides a very human element, a type of identity.

The word idiopathic stems from the Greek word idios, meaning “one’s own” and pathos meaning “suffering” translating to “a disease of itself,” that is, one of uncertain origin, arising spontaneously.

Not knowing what causes a condition can understandably be distressing, as was clear with Mr. J. Another patient, Ricardo (name changed), and his family felt similarly distressed when they were told that the cause of his juvenile idiopathic arthritis was unknown: a condition in children that presents with chronic inflammation and swelling of the joints, persisting lifelong. As another example, wanting to know the cause of Ravi’s short stature was paramount to his parents as they were both tall. After ruling out pathological causes, there was little we could provide by way of an explanation other than “bad luck.”

Without a definite cause, patients are likely to blame themselves — that they did something wrong, or that they are somehow inferior to others — adding severe psychological stress. Beyond just themselves and what the disease means for them, patients also feel unsure about what it means for family and friends and if they will pass it on genetically.

Despite discussing the idiopathic nature of his disease, Mr. J. started to get agitated. He wanted to know if there’s anything he could have done differently to prevent his lungs from scarring. Should he not have done woodwork as a hobby? Did it have anything to do with his heartburn that he should’ve taken care of earlier? All of us try to grapple with our past; find subtle pointers in hindsight.

Uncertainty rattles everyone, especially as we aim to have agency over our own bodies. I’ve noticed this similar sense of agitation among patients recovering from COVID-19. Bella (name changed) wanted to know why she got sick but not her twin sister? Stephan, in his mid-20s, wanted to know why he lost his sense of smell and taste and spiked fevers even though he didn’t have the typical COVID-19-associated pre-existing conditions? However, saying that we don’t know the cause almost always brought them disappointment; as if the last straw of hope was dashed, as if there will never be any closure.

Patients go to health providers to make sense of their ailments, to find an illness script that can predict the course of their disease. Patients depend on people like me to help them find answers to their most sensitive, personal questions — what caused something, why, what can bring an end to it? I, too, have the same expectations when I go to my own doctor’s office. However, as I go through medical school, I am realizing every day that while we have made significant progress in physiology and medicine, the list of unknowns is still endless.

No one wants to believe that their body betrayed themselves, that a spontaneous mutation led to their incurable cancer, that the random death of a cell caused them to lose their hearing, or that there is nothing one could do to prevent their lungs from scarring. But we have a limited set of tools that we currently use to practice medicine, and that with greater strides in funding and scientific talent we will hopefully find more answers to enigmatic questions. Till then, as hard as it may be, we need to manage expectations around our health provider’s visits, and acknowledge that no one has all the answers.

I, too, need to manage my own expectations. It’s hard, but I will try. 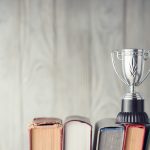 A digital vaccination scar for the 21st century

Cause unknown: the burden of diagnosis
4 comments