A COVID-19 positive resident physician in Detroit died recently, and reportedly two more who treated patients with the virus in New York City have died this week as well; although I can’t say for certain, because their names have not been released and their stories exist only in hushed whispers of the resident community.

This isn’t a hero story; it’s a demonstration of human sacrifice at the hand of our health care and medical training systems. The administrators and business officials calling for and writing off our sacrifice as a necessary utilitarian loss aren’t out here on the front lines with us and what’s worse is that they’re covering it up: Firing health care providers who speak out to advocate for improvement and silencing the names and the stories of those lost in battle.

While this pandemic doesn’t discriminate, residents may be the single most vulnerable professional population of all because we don’t have a choice.

An antitrust lawsuit exemplifying this was waged against multiple organizations like the National Residency Match Program (NRMP) and the Accreditation Council for Graduate Medical Education (ACGME) in the early 2000s. The plaintiffs, in this case, contended that the residency match process, by bypassing the normal opportunity for job negotiation, negatively impacts working conditions for resident physicians. Defendants in the case hired lobbyists to push for legislation exempting the residency match process from antitrust laws, ultimately resulting in a legislative rider to that effect on a pension act signed into law by President Bush in 2004. The case was ultimately dismissed later that year on the basis of the rider’s mandate that the match cannot be used as evidence in an antitrust case. Functionally, the lawsuit ruling and the parallel legislature that fueled it exempted residency programs from normal labor laws.

This case highlights the unfortunate truth that we actually don’t have a choice if we want to become physicians in the United States. As it stands, participation in the match process is the only way to secure a position in an ACGME-accredited residency program and then go on to become a board-certified physician in this country.

The way our system is set up is such that, if you want to train as an American doctor, you must be willing to forfeit basic human rights like fair compensation and reasonable work hours and be willing to assume limitless personal and professional risk (like those illuminated by this pandemic in the face of hospital system failure to provide adequate protection ongoing as we speak) without any expectation of hazard compensation.

So resident physicians aren’t choosing to die for others because we can’t choose, and what’s worse is that we shouldn’t have to. The call for appropriate protective equipment and systems should be higher than the call to show up despite it. We have no bargaining power, we’re being sent in woefully underprepared in many parts of the country, and we’re dying as a result.

Just today I was reading a thread responding to the deaths of the above individuals and someone made the sobering comment, “I hope the student loans of the deceased are federal which would then be forgiven in the face of death so that their debt won’t be passed on to the next of kin.” Not only are we being sent into the frontlines of an international crisis inexcusably unprepared for a developed nation, not only are we not being compensated appropriately for doing so, but we are also still left to worry about how our loved ones will manage the burdens we took on to be able to perform such duties even after we’ve died for it.

The hero narrative, while often well-intentioned, has the unfortunate effect of further masking our humanity and distracting from the unacceptable realities of our situation. The historically labile yo-yo of hailing physicians as both selfless heroes and greedy villains, depending on the circumstance, leaves little room for humanity. We’re not perfect martyrs, but we’re also not selfish monsters, we’re just human–the kind who are willing to do anything within our means to help others, but that are fiercely protective of our own autonomy to do so and feel that support in our own times of need should come with the same degree of urgency and expectation.

Beneath the organizational level, physician interests are often repressed or even silenced culturally as well, a trend that persists long after medical training is complete. Our society capitalizes on the altruism of doctors, now more evident than ever as phrases like “you signed up for this” are being used to justify hazardous work environments, inadequate protective equipment, and lack of reasonable compensation. We’re quick to label the individuals who speak out as weak or selfish outliers rather than acknowledging the rampant human rights violations that allow our health care system to continue functioning at a profit.

Health care providers across the country have widely criticized this newly apparent double standard through the use of metaphors like “You wouldn’t send a soldier to war without armor or a firefighter into a burning building without turnout gear, so why are we sending our health workers into a pandemic without the necessary protective equipment?”

That time is now.

A letter to medical interns, in the midst of a pandemic

All I ever wanted to do was to be a surgeon. But I was pushed out. 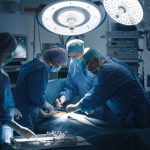 Physician deaths in the era of COVID-19: human sacrifice, not heroism
3 comments