This is a frightening time. The coronavirus is called “novel” because it is new, and what is new is often terrifying.

We don’t know enough about our new microscopic enemy. Scientists, clinicians, and policymakers are all working tirelessly with limited data and learning along the way. Consider that many diseases that we regularly face have been observed, reported, studied, and treated for decades; some for centuries (although with less success than now). Novel coronavirus has been “on our radar” for only four months.

Every day we have new reports. Based on one’s disposition, the news can be simultaneously reassuring and unsettling. Infection rates and deaths are rising in one country; infections are flat or falling, deaths decreasing in another.

The situation changes every day. Presumably, in the next few months, we will have a much clearer understanding of what happened and a better estimate of what is coming.

However, we do have a powerful tool at our disposal to help steel our nerves for the future. Ironically, that tool is the past.

We now have the remarkable ability to have our DNA evaluated by various services. These companies then tell us a great deal about who our ancestors were, where they came from, what migrations they took down the long ages of mankind. They can even localize our ancestry within certain fairly specific regions of the world.

What this incredible technology also does, in addition to showing what remarkable mixtures humans are, is demonstrate that within each cell are markers from very real men and women who were the progenitors of modern people over hundreds of thousands of years.

Take that knowledge and read a little history. It becomes evident that modern humans all bear within their remarkable cells traces of people who endured things beyond the imagination.

Go back far enough, and those who came before were regularly preyed upon by large animals. And yet, those who read this had ancestors who managed to evade those beasts. Others faced earthquakes, volcanic eruptions, ice ages, diseases, famine, dangerous childbirth, and tribal warfare.

The full catalog of their suffering is lost to us. And yet their DNA remains; their ‘”children” live on today.

Not so long ago, in historical terms, the Roman empire experienced several deadly infectious outbreaks. During one of those episodes, the Plague of Justinian in the year 541, 25 percent of the population of the empire perished from what is believed to have been Yersinia pestis, the bacterium that causes plague. In raw numbers, historians suggest 50 million human beings perished. At one point, up to 5,000 souls were reportedly lost every single day in the city of Constantinople. Given the vastness of the empire, it is likely that ancestors of many modern men and women lived, or died, in that time of terror.

The Black Death that ravaged Europe in the 14th century, from the same bacterium that had attacked Rome, led to the death of 75 million-200 million human beings in Europe and Asia over the several years that it circulated.

Smallpox, only considered eradicated in 1980 thanks to vaccination efforts, was first reported in the 6th century AD. It killed a stunning 30 percent of those infected. Malaria, every year, infects 200 million men, women, and children and kills more than 600,000. Tuberculosis? The World Health Organization reports that in 2018, 1.5 million individuals died from this ancient disease, as control efforts are ongoing.

The list is long and tragic. But these illnesses also tormented our ancient parents. And anyone who reads this is the product, down long ages, of a survivor. Not only so, a survivor of people who managed to live despite the absence of modern medical care, a proper understanding of disease transmission, and (frequently) clean water and proper nutrition. They didn’t even have smart-phones for daily updates on their assorted afflictions.

The coronavirus is certainly dangerous. Physicians and others who have spent years caring about dangerous infectious diseases are admittedly a bit unnerved.

However, humanity will get through this. The coronavirus’ mortality rate lags far behind the infectious nightmares that human ancestors passed through, especially since medications, vaccines, and equipment can be mass-produced, food is widely available, and information can be disseminated in an instant.

Therefore if history is any indication or vindication, if the past is any lens for the future, this is still a time of tremendous hope. Especially for people, all people alive today, whose resilient ancestors survive through them to this very day.

Edwin Leap is an emergency physician who blogs at edwinleap.com and is the author of the Practice Test and Life in Emergistan. This article originally appeared in Greenville News.

What COVID-19 taught this physician about money 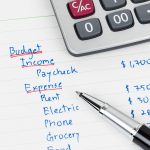 In these dark times of a pandemic, look to history for hope
3 comments