I hope we eventually study the COVID-19 event after a sober period of analysis and reflection as an example of a societal panic attack. This is not Ebola, with a mortality rate of over 50%, or even SARS, with a 10% death rate.  We’ve seen this movie before, figuratively and literally.

A new viral disease appears (like the swine flu in 2009), people die, the fear and misinformation spread like wildfire.   No test kits are initially available as each new virus takes some time to be analyzed.  The first that are developed are used on the very sick; thus, the new virus initially appears to be extremely virulent, with high death rates (selection bias).  The China data initially suggested a mortality rate well above 3%.  The media fans the wildfire of fear; it’s all about the click count.  The politicians, in the midst of an election season that coincides with the epidemic, stoke anxiety with the blame game, adding toxin to the atmosphere.  Markets tumble. Lots of non-constructive finger-pointing

Yet as information accumulates, dire predictions recede.  The Diamond Princess is an instructive case study, a tightly confined populational cohort in a “sealed” environment.  Its data provide an unbiased insight. Of its 3,711 concentrated occupants (one of whom tested positive before embarkation), approximately 18% became infected — a rate relatively low number given the enclosed surroundings, and contact opportunities.  More than half of those tested positive stayed asymptomatic.  Seven deaths resulted (below 1%). This alone suggests an initial overestimation of the virus’s true fatality rate, especially given the age of the average cruise customer.

As the test kits become widely available, a very large number of non- and mildly symptomatic patients are being found positive (and total infection numbers are greatly rising), the mortality rate will then see a drop.  Indeed, the South Korea outbreak data supports this. Widespread testing is available there, 98% of tested individuals are negative, and the documented death rate is below 0.6%. Additionally, even in China, a low mortality rate of  0.2 to 0.4 percent was found in infected healthy nongeriatric adults who were tested (never mind the untested asymptomatic cases). Mortality was zero in children ten or younger, among hundreds of cases there.

The Wuhan data has been re-analyzed in a Nature Medicine report just released, and the initially reported overall 3.4% mortality rate at the explosion center has been adjusted down to 1.4%.  This reiterates that COVID-19 is not as lethal as it seemed at first.  As of 3/21/2020, the U.S. data shows 19,777 cases, 276 deaths, and that is at the early stage of testing the sicker patients.  Yes, these numbers will skyrocket, but will they reach the mind-numbing 80,000 deaths and up to 50 million infections in the U.S. during the flu pandemic of 2017-18 as reported by CNN from CDC data?  Perhaps they will surpass them, and it may be the lockdown will prevent that.  Should we have locked down the country then?

Containment strategies for COVID-19 may well fail, but given the above, should we worry about preventing infections among healthy people? 85% of those infected do not need medical care, but fear is driving even those with symptoms to the ERs, and we are seeing a 90% negative testing rate in sick people nationally.   Or should we diligently focus instead on protecting those at high risk for severe illness and death, namely those over 65, folks in nursing homes, and those with co-morbidities and immunocompromise.  The mortality rate for flu in 2017-8 was 8% in nursing homes.

Not everyone gets tested for flu; we deal with the illness as it is a known entity.  The clamor for testing everyone for COVID-19 is questionable, as is the mandate we all must be quarantined for the next month or more.  If that happened with the flu, we would be a nation in seasonal lockdowns.  Remember, the flu vaccine is only about 50% effective, depending on the strain variation each year. If COVID-19 does not disappear as SARS did, we will eventually use the same guidelines and approach to it as we do for the flu today. Hopefully, we will have learned the critical importance of personal hygiene, to self-quarantine when sick going forward, and stick to those guidelines much more rigorously.

That said, a bad combined flu/COVID-19 season will always extremely strain a health care system built for just-in-time care,  more than the worst recent flu season of 2017.  Wuhan, Italy, and Iran are stark examples of such a phenomenon.  Yes, tens of thousands of the elderly and those with immune deficiencies — and even young people — will still succumb.  That is the sad ending of this movie we call life on earth for all of us; it’s just a matter of time and cause.  As F. Scott Fitzgerald wrote to his daughter: “Life is essentially a cheat, and its conditions are those of defeat; the redeeming things are not happiness and pleasure, but the deeper satisfactions that come out of struggle.”

Let us struggle together to optimize not just the health, but the collective overall well-being of our society, including the economic and social fabric we weave as human beings, and not be destructively reactive to any one black swan challenge.

Communicating about cancer: 5 common terms that are frequently misunderstood 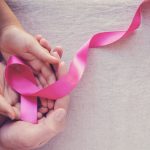