Now we must make this number a caring, feeling person who has the empathy to impact the lives of patients for decades.

I played basketball in college — intramural. I was not bad, but I was not good. I liked to go to the gym when stressed and work it out. Coming down from a rebound, I twisted my ankle on another student’s sneaker.

I tore a ligament and was admitted.

These days there are many dates to pick from to take the entrance test – in the ’70s there were two. And if you waited until the second, your chances of getting an interview to a medical school went down significantly.

I was determined to take the test as scheduled in 48 hours! The morning came, and my friends picked me up and carried me to the car and then into the exam.

I took the prescribed pain medication. The first section was verbal reasoning, where I had to match a word with another. The effect of the narcotic had me matching syllables within each word rather than words. I was high as a kite! I reached the end of the page as the proctor warned us there were five minutes left for this part.

I smiled, knowing I was now ahead of schedule as I had finished all of the words.

I figured I would take a glance at the next section, so I turned the page to discover there were two more pages of these damn words! I should have panicked … but I was on drugs. I smiled and quickly circled “C” for all the remaining words and moved on.

I did horribly on the exam. The University of Pennsylvania School of Medicine gave me an interview anyway. They saw me as more than a number and took my entire application, my road in life and my interview into account. I was accepted.

I served as an associate dean for admissions for over six years and chaired the admissions process at my prior school. It is now not unusual to get 6,000 applications for a school with 100 seats to offer.

To do this, we reduce applicants to a number they score on the national entrance exam, the MCAT, and if one does not get that number or above, nothing else matters. I honestly would not have gotten into medical school today.

The number game starts early. The SAT is the first in these series of limbo sticks to pass though for those on the medical school path. Today parents go crazy getting their children in the best kindergarten so they can do well and get in the “best” school, and so on.

It becomes a treadmill that speeds up constantly and puts our youth in grave danger. Stress, depression, eating disorders, and even suicide are increasing in the current climate of how to climb the ladder of “success.”

When did success not encompass happiness? Our country has lost its focus on what our youth really need. The path now starts at age five — insane!

Once over the MCAT hurdle and in medical school, the next number is the United States Medical Licensing Exam (USMLE).

Students take this at the end of their second and third year and after graduation. When I took these they were pass/fail in nature. The scores were not important. If you studied and did well in medical school, it was a given that you would pass these exams. The USMLE has become a monster that sucks the life out of medical students.

The score has become critical. By the second year of medical school, many students stop being active in other activities as they immerse themselves in USMLE prep. They can become reclusive.

Anxiety levels go off the scales.

When schools present topics such as professionalism, humanism, empathy, and others, they receive less than warm acceptance as they assume these are not on the test. Little else matters. Medical students now often do not go to lectures. When they are at lecture, they almost always have their laptops open and are doing USMLE prep. It is very discouraging to those who teach.

The score determines their future. Those with lower scores are forced to apply to less competitive specialties rather than the future of their dreams. Those who fail the exam do not move forward. Imagine being a student facing these obstacles!

The incidence of stress-related issues and burnout is rising every year. And why? Why did the test score not matter in the past?

Top students got the best residencies. That was defined by other factors. Letters were honest and mattered. We still have all of those to work with.

Why should one test, taken on one day, define a person’s future?

The USMLE has recently announced it is changing the first test to pass/fail starting in 2022. Will this result in another test-taking on the same importance and a delay in the related stress?

What will the residency programs now use as they sort absurd numbers of applications in this time when applying takes no more than a press of a button? We shall see.

No patient ever asked me for my SAT, MCAT of USMLE score in my decades of seeing patients. They did not care where I went to school.
Patients came back to see me and sent friends and relatives to me because they were happy with my care. I listened, I empathized, and I made sure they understood. They felt that.

I enjoyed each visit and hope they did as well. I have been very fortunate to have had an amazing career filled with opportunities and tales. Today, that student who sprained their ankle in one second of their lives would be denied that opportunity.

I have more hope than ever for women in medicine 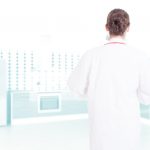 Who are responsible for outrageous medical bills? Hint: It's not doctors. 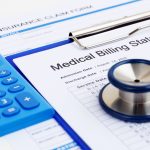