Recently, I have been recommending that my friends, colleagues, and loved ones limit their time watching the news and scrolling through social media. There seems to be another contagion besides COVID-19. A contagion created from equal parts fear, greed, self-protection, and isolation. Now, there is a very real danger now that the world is a state of pandemic, but that danger appears to be overshadowed in media by some of the most discouraging attributes of the human race.

People are being recommended to avoid nursing homes to protect our elderly loved ones as this virus appears to be especially dangerous to their demographic. People are advised to practice “social distancing,” a term epidemiologists use to describe the behavior of minimizing contact and proximity from others to reduce the spread of infection. It is fortunate that we live in an age that we can be taught via webinar, be seen via telemedicine, and spend quality time via Facetime or Skype. But is this quality time?

As both a child psychiatrist and general psychiatrist, I have seen how mental illness affects people at each stage of their lives. Its evolution, impact, and functional change can look so different and vary widely in severity. But I have seen a common thread. So many issues in mental health can be linked to one factor–loneliness.

I remember one little boy whose mother would drive him two and a half hours to see us in the clinic to treat his mild ADHD. By the third time I saw him, I became accustomed to his bright smiling face. Then I asked, “Is there anything else that’s the matter?” Instantly, he began to cry inconsolably for several minutes while his mother hugged him, and I did my best to convince him to say what was hurting him. Eventually, he mustered up the strength to yelp in a mousy voice, “Sh-she won’t play with me anymore… I ask, and I ask, but she never has time to play with me… And it hurts.” His mother let me know that her two children used to play together for hours, but his sister had been going through some changes and was distancing herself from him quite noticeably.

Compare this to when I worked in the Veterans Affairs clinic. I would often see patients approaching their 70s or 80s who had connected families long ago, but something drove a wedge between family members. Not uncommonly, an elderly father would tell me that he had one or a few volatile arguments with his son and that he hadn’t seen or spoken to him in years. I would ask, “Why don’t you call them? You could call him today. You tell me you miss him. Let him know that.” I would be met with a hand wave and a shrug as well as comments such as “Oh, I’ll wait for him to reach out to me. I’ve done enough. I’ll wait until he’s ready.” I sometimes wonder how many people are waiting and for how long.

It is difficult to accept change, to accept vulnerability, and there is only so much humanity that our technologies can convey to one another. In our time of global plight, there are those who continue to show kindness and strength in the face of disaster. Those who put themselves on the front line to help strangers.

By all means, continue to take precautions — wash your hands, cover your mouth if you sneeze, keep an extra package of bottled water around — but keep compassion in mind. If you have an elderly neighbor, check-up on them. Loneliness is an affliction that does not receive the publicity of a twenty-four-hour news cycle. Show your children that humanity can be strong in the face of adversity, they are watching the same sensationalized images you are. And more importantly, they are watching you.

Michael Feldmeier is a child and adolescent psychiatrist.

Why physicians need a tax coach 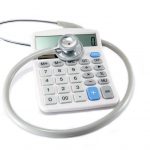 A call to clear misinformation in the era of COVID-19