Was everyone in medical school as young, innocent, and wildly stupid as we were? The Johns Hopkins University School of Medicine required superlatives: most, best, fastest … dumbest?

Before each test, my friend Frank and I would scroll through our mental Rolodexes of “What are our other options?” (As opposed to being stuck inside with Clinical Microbiology Made Ridiculously Simple.) I preferred the morbid: Eating so many McDonald’s cheeseburgers, we gave ourselves tiny MIs, getting hit by a car, but only enough to cast a limb. All of which (theoretically) would prevent us from taking the test, and shock us into appreciating our young and healthy lives— previously neglected in damp libraries.

Frank preferred the practical: Jaywalking in front of a police car, pulling the fire alarm in the medical school dorm. All of which (somehow) would land us in jail (which, clearly, we knew nothing about), and would force us to study for the multiple 24-hour-straight-blocks required to pass immunology.

In these ridiculous scenarios, we would escape relatively unharmed, just in time for us to score perfectly on our makeup test.

Before medical school, we’d prepared for captivity by simply giving away our freedom. At my women’s college, Signature Ball was the annual spring triumph, made to display hard-won male conquest. While others dressed for, drank before, and danced during, I spent time alone with my partner. My boyfriend, you see, lived on campus, in my room. His name was “p-chem”: physical chemistry. (I should mention that Frank, judging by his permanently startled look during medical school orientation, presumably had a similar experience at Yale — and from the grandness of the school name, we might as well extrapolate to high school too.)

We repeated this form of social distancing for decades: 100-hour-a-week-in-house neurosurgery residency; 30-hour-continuous-in-house-call fellowship. Frank became a professor at another grand university; I returned to my hometown to start its first-ever ICU. We both married co-residents from our respective programs (weddings planned by others).

Then came my retribution: Experiencing illness, which I’d so lightly imagined.

After delivering my son, I began sweating, vomiting when sitting up, losing consciousness, and losing my pulse. When I’d asked the nurse to monitor my blood pressure, she laughed and said, “Doctors are the worst patients! We’re going to stop checking BPs to let you sleep.” My husband Aaron, ignoring her eye-rolling, called the obstetrician himself. Because he bypassed an “it’s fine” inertia, I received six units of blood and emergency surgery, reaching a hemoglobin of 8.

When Aaron saved my life by questioning a diagnosis: At the time, it was “just being a doctor;” he was performing his ordinary duty as an anesthesiologist.

COVID-19 has sequestered him to either home or hospital during a statewide quarantine. He enters the hospital, operates, returns home. Scrub, rinse, repeat. The narrow rhythm of residency, revisited.

News media rightly call Frank a hero: He operates on emergency cases even if it means risking infection during a global pandemic.

Frank is suddenly a hero today, for performing his duty of ten thousand days. Surgeons, anesthesiologists, physicians: These are acknowledged heroes now — yet their heroism already existed, unnoticed, every day beforehand.

Here is the other part of the story: Heroism is a process for physicians. It the essence of training that brought them to this point in history. Every friend’s wedding slept-through; every Christmas under the fluorescent OR lights; every break up with someone who couldn’t understand why the hospital always, always, always won. Taking calls with double pneumonia (sneaking in ICU breathing treatments between consults); being told you’re a “glorified nurse” by a patient wanting to speak to a “real doctor”; missing your child’s first Easter; miscarrying during morning rounds.

Thousands of sleepless nights: “Did I make the right call today?”

Thousands of reflections: “Did that TB patient cough on me? Did the needle pierce my skin during the hep C paracentesis?”

Doctors are not overnight heroes, showing up to save the day. Physicians are the heroes of ten thousand days. They have sacrificed at every moment — and today, you see the fruit of that lifestyle: That they would even sacrifice themselves.

Physicians will find these anecdotes mundane — they’ll recognize each within themselves immediately. So ordinary. Now we realize: so extraordinary. These were times of silent heroism. Showing up every day: Transforming extraordinary tenacity into ordinary life, through repetition— in spite of ten thousand obstacles.

Today, the obstacles threaten patients and physicians both. We rightfully acknowledge the sacrifice of intubating someone aerosolizing COVID-19 inches from your face. I hope we also remember the echoes every day beforehand.

And when, God willing, we come out from this specter of uncertainty and fear, I hope that physicians regain the honor of their position: hero, even on ordinary days.

Before COVID-19, we were in a massive crisis of confidence in (and by) physicians. If we don’t come out of this seeing their importance now, who will make the extraordinary, ordinary? Who would give up their youth, their normal life only to be sued frivolously? Who would train for a hundred thousand hours only to have the government vote them as “replaceable?” Who would fight insurance companies and corporate hospital systems only to be told to “watch the bottom line?”

I look back fondly at the foolish innocence of medical school when our biggest problems were test scores. We didn’t know then, but these tests were also exercises in tenacity, isolation, repetition: the essence of our careers. We’d minimized the obstacles of illness and captivity, in order to endure them.

To those who have always done it, who will do it, even at their own risk: Thank you for your daily heroism.

A primer for those new to the world of telemedicine

The ethics of being a doctor on board 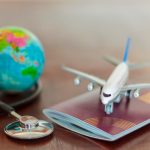