“Made in China.” Words ubiquitous throughout the products we use every day and now, ironically, applicable to the virus that has laid siege around the world.  Illness and death have spread across borders and continents, as well as fear and panic.  Illness and death we can quantify in numbers, however, fear and panic are less easily measured than felt in our news feeds and social media posts.  It is the fear which threatens to unleash a plague that may be more deadly and damaging than the virus itself: global economic recession.

The exact mortality of COVID-19 has been difficult to quantify due to questions of data reliability in China and vastly variable numbers coming from different countries suffering from severe outbreaks.  As of this writing, some countries have had death rates above 2 percent, while South Korea’s is closer to 0.5 percent.  Part of the challenge is knowing how many people truly have contracted the illness.  Fear, however, has infected 100 percent of the population of every country it touches.  In China, it led to severely restrictive quarantines that have shut down the “factory of the world.”  Now around the globe, citizens wrestle with the risks of travel, not only to other countries but to the theater or mall.

Global economies run on consumption, and the U.S. is the primary driver of that consumption.  For many years China has been the largest trading partner with the US, a relationship that has come under fire during the trade war.  Companies already facing pressures from supply-side disruptions due to China’s production shuttering for two months are now facing diminished demand as consumers choose to stay home.  The stock market has had a record-long expansion without a recession for over ten years but now must digest the economic impacts of this pandemic.

As physicians on the frontline, we will combat the disease’s effects to preserve the health of our patients.  There is little we can do, however, to cure a sick economy and a stock market crash that would cost millions of our patients their jobs, health coverage and financial stability.  As workers in a relatively recession-proof field, we have to understand that recessions drastically affect people’s lives.  Besides the financial consequences, recessions have well documented negative outcomes for the health of the population.

There has been a lot of criticism of the government’s lack of preparation, lack of testing, and seemingly lackadaisical approach.  The question is, what benefit is testing, and what measure would we take if we knew it was more prevalent?  With the exception of the extreme authoritarian quarantines in China, which our society would not find acceptable, countries that are widely testing seem to be ineffective at curbing spread.  This is not meant as a defense of the current administration, and the direct effects of the virus could be quite severe, but perhaps the greatest risk the virus poses to our patients is an economic collapse brought on by fear of the virus.  Not just our patients, but our family and friends look to us for how to respond to these threats.  While we should absolutely advise what is best for their health, we must also avoid stoking the fires of panic that can have far-reaching effects.  Regardless of the political implications, we should all be pulling for the health of our economy because the health and well being of our patients depend on it.

A great nurse shares their knowledge and does not judge 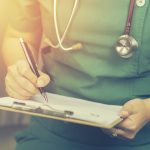 How to prevent coronavirus: Your COVID-19 questions answered by a public health professional