When first responders answered roughly ten calls from a long-term care center in Kirkland, Washington, over the course of a week, they did not expect to become patients themselves.

Entering the Life Care Center of Kirkland last month exposed them to the novel coronavirus that sickens people with an illness known as COVID-19. Because the emergency calls came before authorities realized the virus was circulating in the community, some of the responders did not wear protective gear.

As of Thursday, 27 firefighters and three police officers were under quarantine. Twelve are showing flu-like symptoms. Two other responders were released from isolation. The virus has infected 70 people and killed 10 in Washington state. One person has also died in California.

That cluster of COVID-19 cases highlights a new threat faced by the nation’s first responders — including emergency medical technicians, ambulance crews, and some firefighters. Emergency preparedness managers and organizations representing first responders around the country acknowledged that a severe outbreak like the one in Kirkland could put their normal contingency plans to the test.

Localities that run out of protective gear — already in short supply ― may have to turn to the federal government for help, the International Association of Fire Fighters said. Communities that typically rely on one another for help may not be able to do so if the virus overwhelms their region.

If the virus drives up demand for services, communities may also see a change in how calls are prioritized and, if workforce ranks are diminished, how fast responders arrive, say experts on emergency preparedness. That means dispatchers may be more selective about when to send an ambulance, said Dr. John Hick, medical director for emergency preparedness at Hennepin County Medical Center in Minneapolis.

In a worst-case scenario, he said, they may ask less seriously ill patients to find their own transportation to the hospital.

“It’s sort of like saying, Are you ready for a house fire, right? The house is going to get damaged,” Hick said about preparing for the worst. “We’re gonna do the best we can to keep the damage to a minimum.”

To be sure, no one knows how widespread COVID-19 will be in the United States. As of publication, researchers at Johns Hopkins University in Baltimore who are tracking the outbreak report at least 230 confirmed cases in nearly 20 states.

Despite the uncertainty, plans are underway. To help guide emergency personnel, dispatchers are ramping up their screening of callers to identify potential cases of the coronavirus. Hospital emergency management directors are reviewing how to conserve and repurpose in-demand supplies. And EMT and fire departments are taking inventory to make sure they have enough protective equipment for responders in the field.

“We don’t want to cookie-cutter anything,” said Doug Stern, media relations director for the International Association of Fire Fighters. He said first responders are using their past experiences plus information from the current outbreak to form their working framework.

One way first responders protect themselves in situations with a serious infection risk is by wearing personal protective equipment. Gowns, goggles, and gloves create a barrier that reduces the chance a worker will be exposed to the germ.

Typically, first responders choose what gear to wear based on information from the dispatcher while en route to the scene, Stern said. Not every situation requires protective gear. In some cases, items like gowns can hinder responders from being able to react quickly.

In Kirkland, firefighters are now wearing personal protective equipment when responding to any calls from the Life Care Center, said the city’s spokesperson.

But emergency services around the world are clamoring for supplies like masks and gloves in the face of COVID-19.

Andrew Yurek, director of safety and emergency management at Northfield Hospital & Clinics in Minnesota, said his system has what they need for now, but he is already having trouble ordering more items. He is reviewing every backorder and solidifying plans for alternatives the system can use to conserve the stockpile.

“Everyone in the world is looking for the same stuff,” Yurek said, “and we are in the same boat.”

Even if departments have enough supplies, Stern said, work by the dispatchers is key to determining whether the situation warrants extra protective equipment.

“The linchpin in all of this is making sure that the dispatchers are asking the questions that help the firefighters prepare on their way,” he said.

Yurek said his department is coordinating with dispatchers to ask callers questions about signs of respiratory illness and travel history.

The International Association of Fire Fighters is recommending to local fire unions that their dispatchers also be encouraged to ask for additional information, Stern said.

First responders face grueling work conditions even without the threat of a novel virus. Paramedics and emergency personnel have among the highest rates of illness and injury of any job, the Bureau of Labor Statistics reports.

In the event of an outbreak, first responders sickened by COVID-19 could create gaps in the workforce at a time when their services may be in high demand. And they may be gone for a substantial amount of time — the CDC recommends that those exposed to the virus be quarantined for 14 days.

“The fewer emergency medical technicians there are,” Hick said, “the more pressure they’re under to … do whatever they have to do to answer those calls.”

Typically, departments that are overwhelmed by a disaster rely on mutual aid or an agreement that enables communities to share first responders. But this assumes that COVID-19 won’t engulf neighboring areas, Stern said, which might not be the case.

“There’s only a finite number of people that can come,” said Dr. Ray Fowler, chief of the division of emergency medical services in the emergency medicine department at UT Southwestern Medical Center in Dallas. “So, we have to work to protect those folks.”

The casualties of the Iran missile attack: not your father's concussion 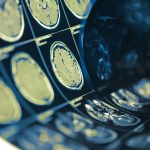 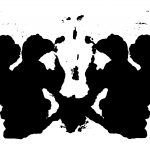