A case study seemed to confirm the presence of asymptomatic transmission within China, where a woman was afebrile with no chest CT abnormalities or laboratory abnormalities. She did not develop the virus, while five of her relatives did.

An earlier report out of Germany found a woman traveling to Germany from China with vague symptoms resulting in a cluster of cases arising out of that meeting.

The big unknown, however, is how common it may be for people to become infected but with symptoms too mild to seek treatment. Currently, detection is based on molecular testing, which performed only on individuals who come into contact with the healthcare system. The prevalence of such mild or asymptomatic infections won’t be known until an inexpensive serological test, detecting antibodies to the virus that signal previous exposure, is available for use with routine blood draws. Thus, the extent of exposure in the population may not be known for years.

How infectious is the COVID-19 coronavirus?

Research out of China found a similar viral load in symptomatic and asymptomatic patients, which may suggest patients can transmit the virus whether they have mild or severe disease.

Earlier reports said that the World Health Organization estimated the R-0 as 1.4 to 2.5. By contrast, the R-0 for measles is 12-18, while the R-0 for seasonal influenza is a little over 1.

How virulent is COVID-19?

Chinese research among hospitalized patients suggested that the majority of cases (around 80%) have mild, non-severe disease. Around 6% met a composite outcome of severe outcomes and/or death, with 5% admitted to the ICU, 2.3% requiring ventilation, and 1.4% who died.

What are early symptoms of COVID-19?

A large study of hospitalized patients in China found two-thirds of patients presented with a cough, and only around 40% presented with a fever (though fever later developed in the hospital). Gastrointestinal symptoms, such as diarrhea and vomiting, were rare, and reported in under 5% of cases.

It appears not all patients present with symptoms, with research out of Germany finding patients testing positive for COVID-19, despite being afebrile and reporting no symptoms on symptom screeners.

How is COVID-19 diagnosed?

Patients who present with fever and respiratory symptoms associated with travel to countries with local transmission of COVID-19 (as listed on the CDC website), or who are close contacts of travelers recently returning home from affected countries, or who present with fever and acute respiratory symptoms of unknown origin, where causes such as influenza have been ruled out.

A patient is swabbed, then the sample is tested via reverse transcription polymerase chain reaction (RT-PCR) to determine presence of viral RNA (serology tests are not yet available). All positive tests are sent to CDC for confirmation.

Nearly all hospitalized patients develop pneumonia. Abnormalities on chest CT imaging were common among more severe patients, with “ground-glass opacity” present for around 60% of severe patients. More severe patients have also required supplemental oxygen, and in some cases, mechanical ventilation.

How is the disease treated?

In China, researchers reported the majority of patients received IV antibiotics. They have also been treated with antiviral oseltamivir (Tamiflu), which is FDA approved to treat influenza, as well as supplemental oxygen.

What are the drug/vaccine prospects?

Investigational therapies include antiviral remdesivir, which is currently being investigated in several clinical trials, as well as lopinavir/ritonavir (Kaletra), a protease inhibitor used to treat HIV, as well as the development of monoclonal antibodies from the serum of recovered patients.

Several companies and public health agencies have vaccines in development, including the National Institute of Allergy and Infectious Diseases. Phase I trials for a vaccine are likely a couple months away, with a timeline of 12-18 months for a vaccine to be ready for wide-scale deployment.

What is the prognosis for patients with COVID-19?

Reports from China indicate disease is much more severe in older patients, with the highest mortality rate among adults age 80 and older. Patients with other comorbidities are also the most at risk. The disease appears to be less severe among younger patients. Although only limited data have been reported, children seem to acquire milder forms of the infection.

There are no confirmed reports of the disease being transmissible via vertical transmission, from a pregnant woman to her baby during the third trimester of pregnancy.

What are the long-term sequelae of COVID-19?

It is unclear whether or how often COVID-19 survivors will experience persistent pulmonary or other problems, or for how long. Many patients have remained hospitalized with the illness for weeks outside of China, out of an abundance of caution and for public health reasons. 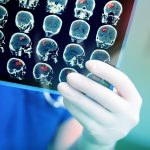 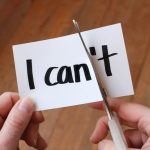